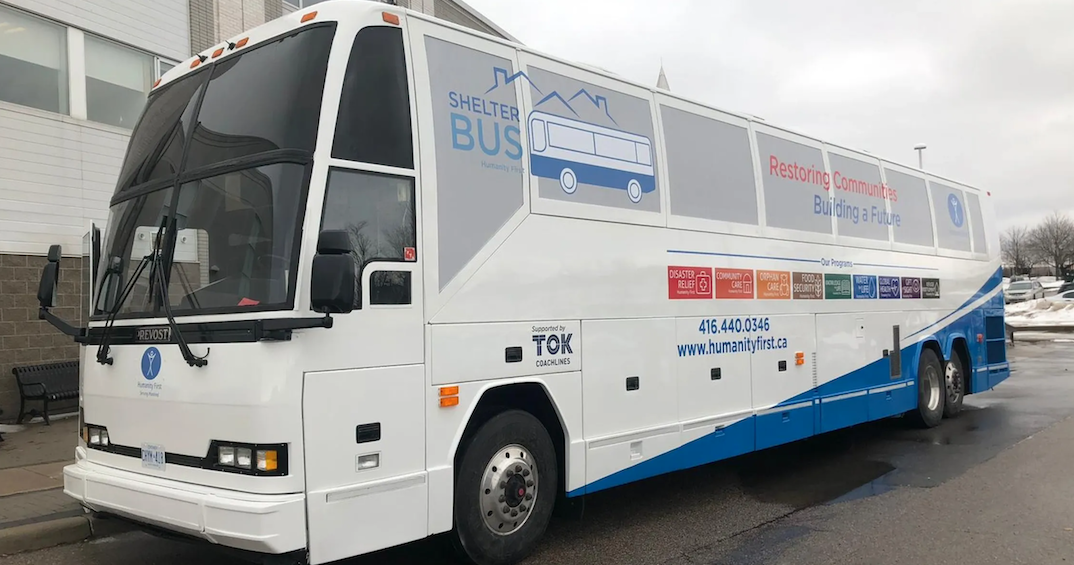 In 2019 alone, homelessness in Toronto was declared a state of emergency and as we gear up for the coldest months of the year, there’s a new space for vulnerable residence to find a much-needed escape from the cold.

What was once a transit bus and then an executive hockey coach to transport teams across North America is now in its third life and serving as a mobile ‘Shelter Bus‘ in the Greater Toronto Area (GTA).

After undergoing extensive exterior and mechanical repairs, the shelter bus has been retrofitted with 20 sleeping spaces, a kitchenette and washroom, a lounge area, secure storage for personal belongings, and enough space to transport up to 40 people.

Run by Ahmadiyya Muslim Youth Association in partnership with the charitable organization Humanity First, the shelter bus provides a warm, safe, and comfortable space for those in need during cold nights.

Operating every night for the next three months in various neighbourhoods, the bus is operated by a volunteer driver and caretakers and those onboard will be given a warm meal, a place to rest, and a care package featuring necessities like warm socks and a toothbrush.

Inside the Shelter Bus 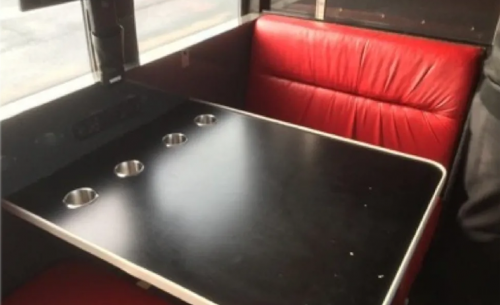 Inside the Shelter Bus

According to the organization behind the initiative, over 230,000 Canadians cope with homelessness annually and 35,000 Canadians are homeless on any given night.

Here in Toronto, there are over 9,200 people who are homeless on any given night, and sadly, about two homeless people die per week in the city.

Currently, the city provides more than 7,200 emergency and transitional shelter beds in various locations throughout the city and through motel and hotel programs for families.

However, the shelter bus hopes to be able to coordinate with local homeless shelters in the GTA to help relive their excess demand.

The team behind the project said it’s raised close to $40,000 for its first bus conversion so far, however, it costs $100,000 roughly to complete each bus retrofit.

And with the goal to convert a fleet of coach and transit buses for social causes across Canada, the team can use all the help it can get.

Those interested in helping can make a donation here.