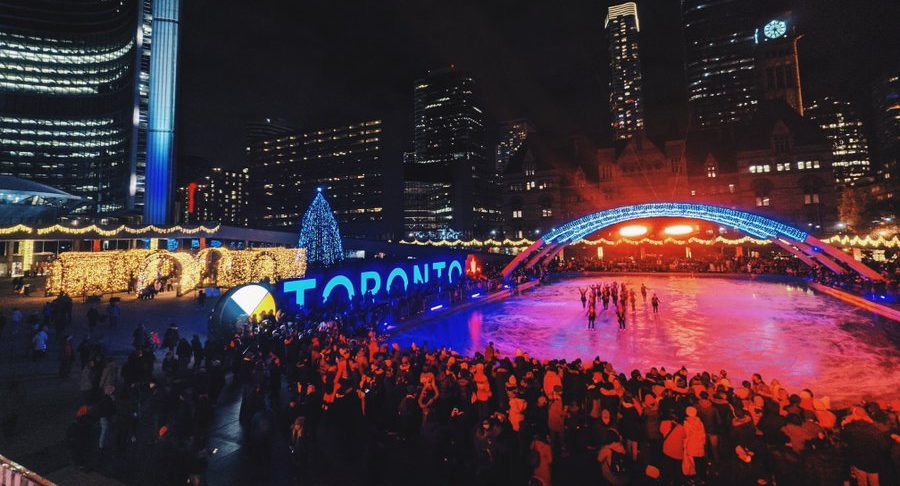 The magic of the holiday season has arrived in downtown Toronto as the city kicked off Cavalcade of Lights on Saturday evening.

While there were no fireworks this year, the light displays at Nathan Phillips Square will be there every night until January 2.

Toronto’s City Hall and its surroundings has turned into a dazzling wonderland, and the city’s tree has officially been lit.

This year, there are mesmerizing light installations inspired by cultural festivals from around the world.

Visitors can explore tunnels made from thousands of energy-efficient bulbs, discover glowing ice sculptures in an enchanted forest and watch as beams of light animate City Hall like never before.

Be sure to dress warm, and get ready for a light-filled photoshoot. 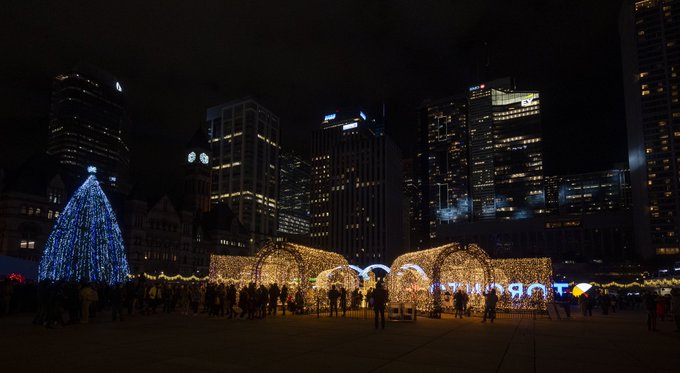 When: From November 27 to January 2
Where: Nathan Phillips Square, Toronto