In March 2018, “Project Belair” was launched, which is a joint investigation between Toronto police, Canada Border Services Agency and the US Bureau of Alcohol, Tobacco, and Firearms.

At a press conference at Toronto Police headquarters, it was unveiled the month-long investigation resulted in the seizure of 30 handguns, a small amount of ammunition and various narcotics.

According to police, on October 31, CBSA stopped 50-year-old Rima Mansour of Toronto as she was crossing into Canada at Fort Erie, ON.

After a search of her vehicle, officers discovered 25 handguns sealed in plastic bags in the gas tank. They also discovered a number of over-capacity magazines, which are banned in Canada.

The woman was arrested and transferred to the custody of Toronto police. 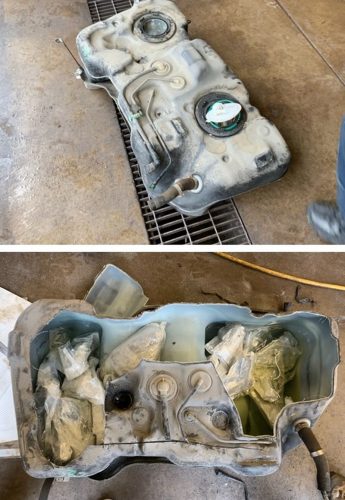 In the days that followed, 13 warrants were executed in Toronto, Brampton and Ajax, which led to the arrests of three men and the seizure of an additional five handguns, 136 rounds of ammunition, a large quantity of drugs and $45,000 in cash.

In total, the narcotics seized by police include:

All three men face multiple charges in relation to firearms and drug trafficking, as well as possession of proceeds of a crime. 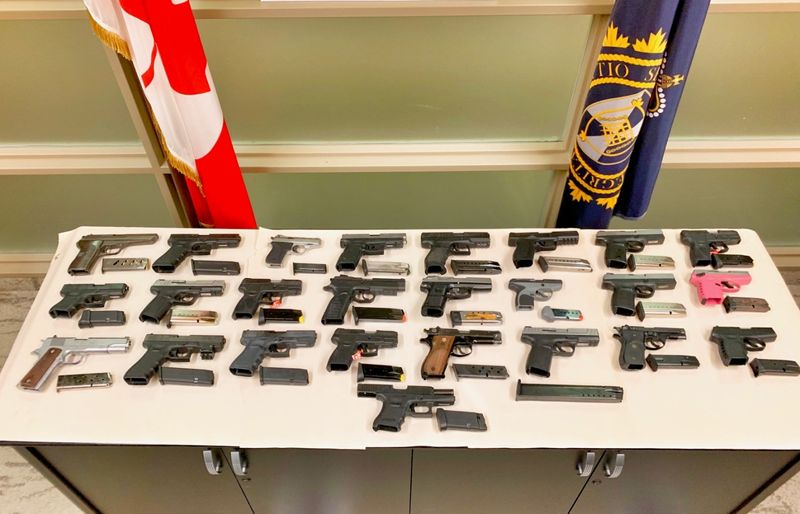