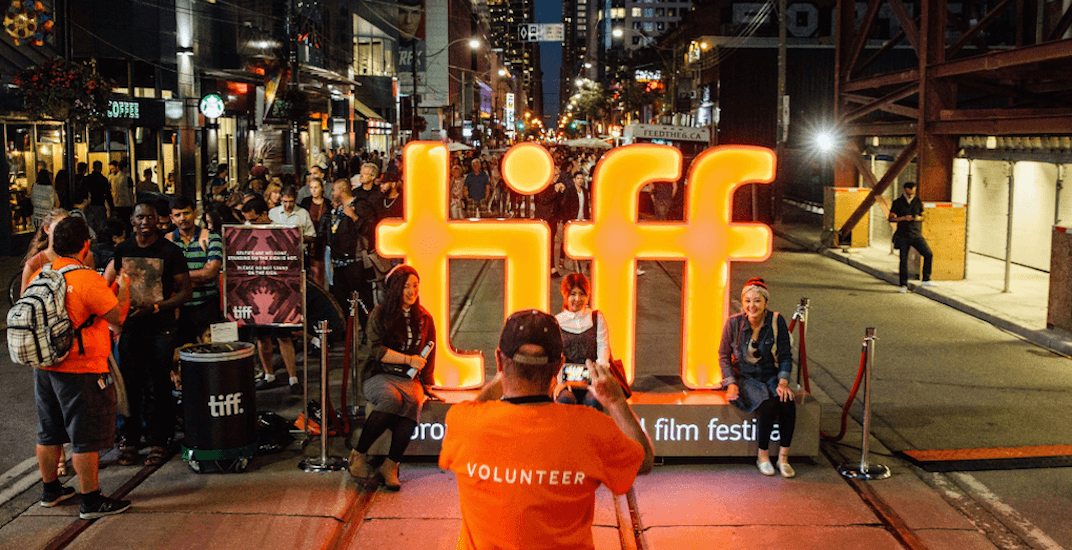 With the 44th-edition of the Toronto International Film Festival just weeks away, the city has announced a series of streetcar diversions during the festivities.

From Thursday, September, 5 until Monday, September 8, TIFF is holding its sixth annual Festival Street initiative, a free pop-up street festival with music, screenings, and activations that will result in some transit detours.

Festival Street will result in the full closure of King Street West to traffic between Peter Street and University Avenue from 5 am on Thursday, September 5 until 5 am on Monday, September 9.

The following streets will also be fully closed during the time:

The road closure will also result in service adjustments to the 504A King and 504B King, 508 Lake Shore (service starting September 3), and 304 King (night) streetcar services.