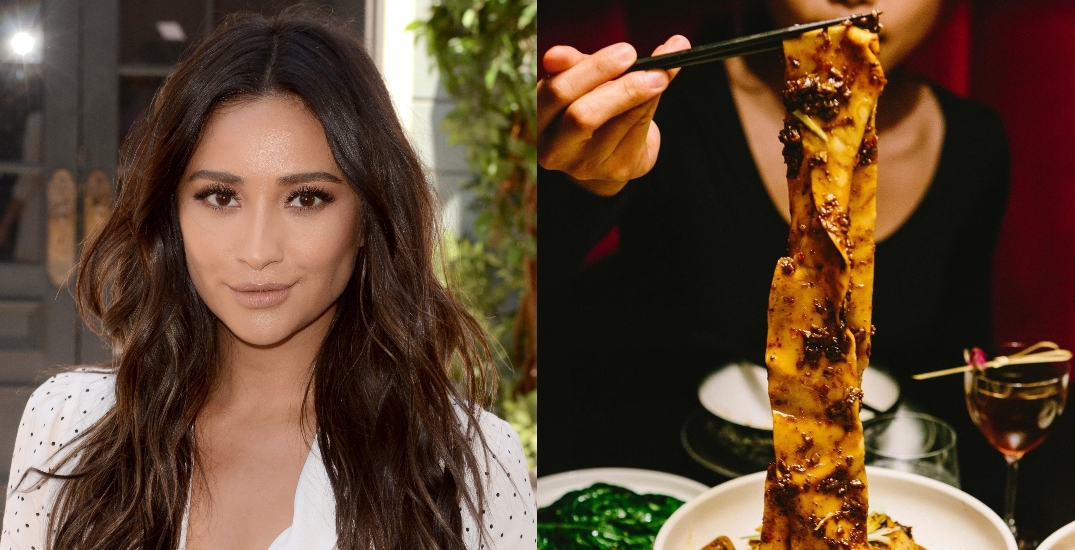 Toronto’s Mimi Chinese is known for serving up four-foot-long noodles, and they’re so popular that even actress Shay Mitchell stopped by for a bite.

We all know how much of a foodie Shay Mitchell is after documenting her food adventure in Vancouver last year and it looks like it continues in Toronto.

In an Instagram story posted on November 26, the Pretty Little Liars actress showed off some serious noodle length. 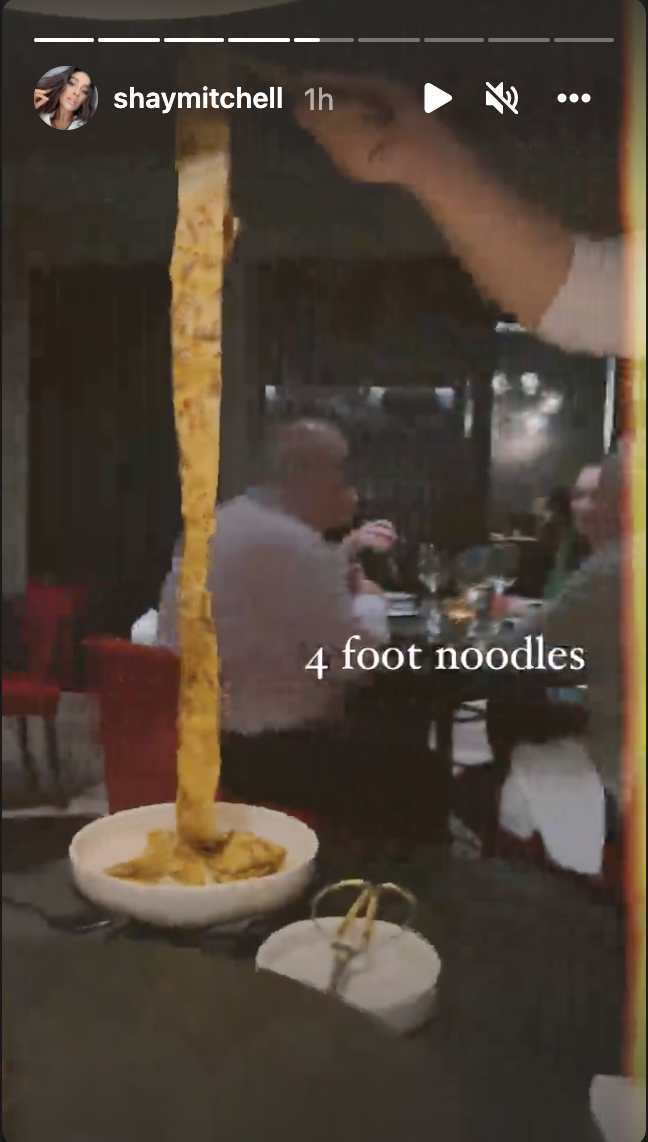 They’re known as belt noodles, and they’re full of mushroom and umami flavours — mouthwatering, to say the least.

The star made sure to make a pit stop as she ventured through Toronto with her boyfriend, Matte Babel.

MIMI Chinese is located in the city’s Yorkville area and opened in October.

Its menu has been crafted to promote sharing at the table, making it possible for guests to try a little bit of everything. Their dishes are inspired by the diverse regions of China, according to the restaurant.

This particular dish is from the Shaanxi Province and is made with house chilli oil, mushrooms, and cucumbers. For the full menu, click here.

If you want to check out this spot for yourself, MIMI Chinese is located at 265 Davenport Road.