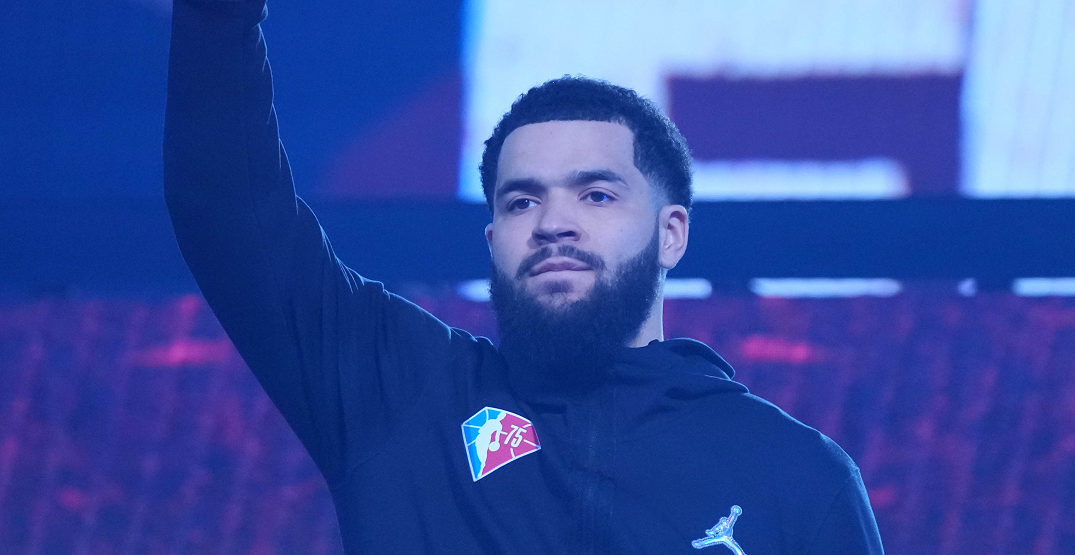 Toronto Raptors point guard Fred VanVleet is earning some recognition from the NBA for his social justice work.

The NBA announced today that VanVleet is one of five player nominees for the 2022 Kareem Abdul-Jabbar Social Justice Champion award.

VanVleet has had quite the resume of charitable impact over the past season: he started a merch collab with Toronto artist Casey Bannerman and Penny Appeal Canada, launched a new scholarship at the University of Toronto, and launched the Bet on Yourself podcast to support BIPOC Canadian entrepreneurs.

As the leader of the Raptors’ Social Justice Team Council, he has also supported Scottie Barnes’ scholarship at the Skilled Trades College of Canada and Pascal Siakam’s “Coding for Champions” program.

VanVleet had a career year with the Raptors as well, earning his first-career All-Star selection.

The award was unveiled last season by the NBA, with Carmelo Anthony being named the inaugural recipient.

The winner will receive a $100,000 donation from the NBA for an organization of his choosing, with the other four nominees getting $25,000 donations towards their organizations.

VanVleet’s organization of choice is Penny Appeal Canada, with the winner to be unveiled during the Western Conference Finals.