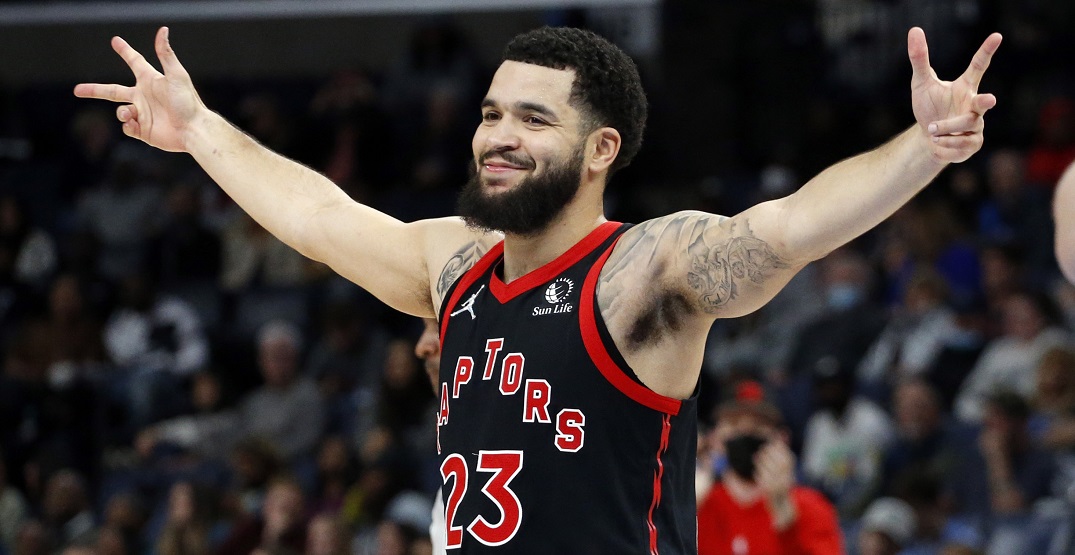 Toronto Raptors point guard Fred VanVleet and the University of Toronto are launching a new scholarship.

Announced Monday, the Fred VanVleet Scholarship is a new award to support a Black or Indigenous student at U of T’s Rotman Commerce program through their four years at the school.

“This is to create possibility and light for those who have faced bias, who haven’t had the same chances as others. It’s important to provide opportunities to those who opportunity usually ignores, or works against, or excludes,” VanVleet said in a release. “Academia hasn’t traditionally been an inclusive place for many of us, and so it’s important to make space specifically for people who want to learn but who are facing barriers that others do not.”

Excited to announce the Fred VanVleet Scholarship at Rotman Commerce program at the University of Toronto.

The scholarship is set to provide four years of books and tuition for an incoming student, based on financial need. The scholarship also offers the unique opportunity of one-on-one mentorship with VanVleet throughout the entirety of the student’s enrollment.

“Fred sets an example on and off the court, and this scholarship is further evidence of his leadership and his vision,” Raptors vice-chairman and president Masai Ujiri said. “I believe the recipient of the Fred VanVleet Scholarship will benefit from not just the support in their education, but their relationship with this incredible person.”

Interested participants can first apply to Rotman Commerce and then go to the Awards Profile link after signing in on join.utoronto.ca. The donation from VanVleet is part of the larger Defy Gravity fundraising campaign from U of T, which launched today as part of a plan to raise $4 billion for “inclusive excellence” across the globe.

“Success looks like whatever you want it to look like, and that may change over the course of your career – both academic and professional,” VanVleet said.

VanVleet’s own academic career saw him earn a four-year sociology degree at Wichita State before signing as an undrafted free agent with the Raptors.

After winning the NBA championship in 2019 with Toronto, VanVleet has taken on a larger leadership role on and off the court the last few seasons, as he’s currently leading the NBA with 38.1 minutes player per game this year. This year, VanVleet has launched a podcast series highlighting Canadian BIPOC entrepreneurs as well as a web series showcasing Canadian restaurant owners.