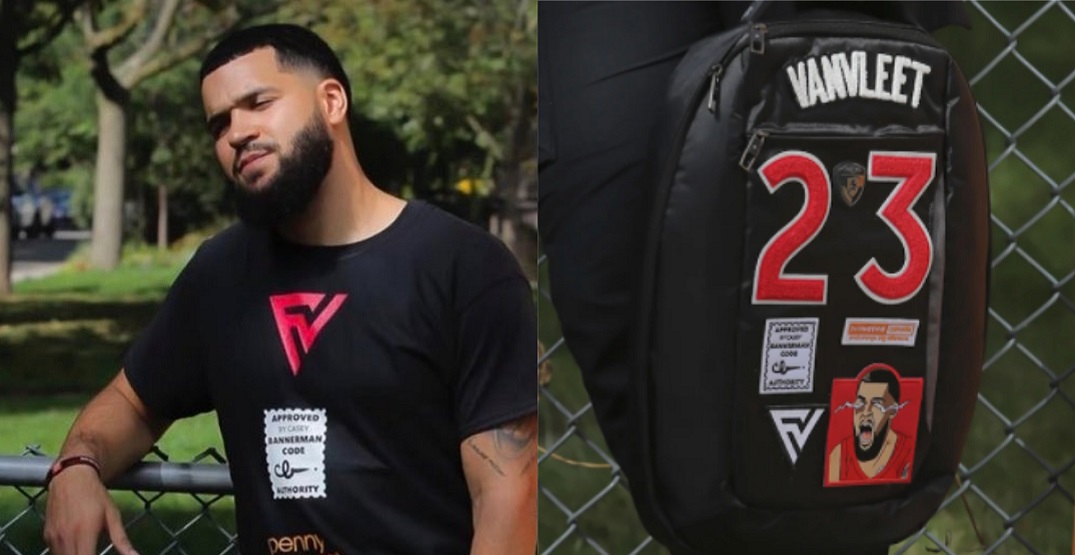 Enter Casey Bannerman, who’s working with VanVleet on the new “Heart of the City” merch line, with a portion of the proceeds benefitting Penny Appeal Canada, a charitable organization aimed at relief and development.

This particular initiative is aimed at “aiding at-risk communities in Toronto,” which includes the donation of 1,000 backpacks across the GTA.

The backpacks feature Bannerman’s artwork, including VanVleet’s name and number, a portrait of VanVleet, and his “Bet on Yourself” motto.

“I just think it’s awesome that Fred trusted me to make these backpacks for this section of the projects for him, and they were so well received,” Bannerman said in an interview with Daily Hive.

The backpacks are now available for preorder through Penny Appeal, with another collaboration between the two being unveiled in November. 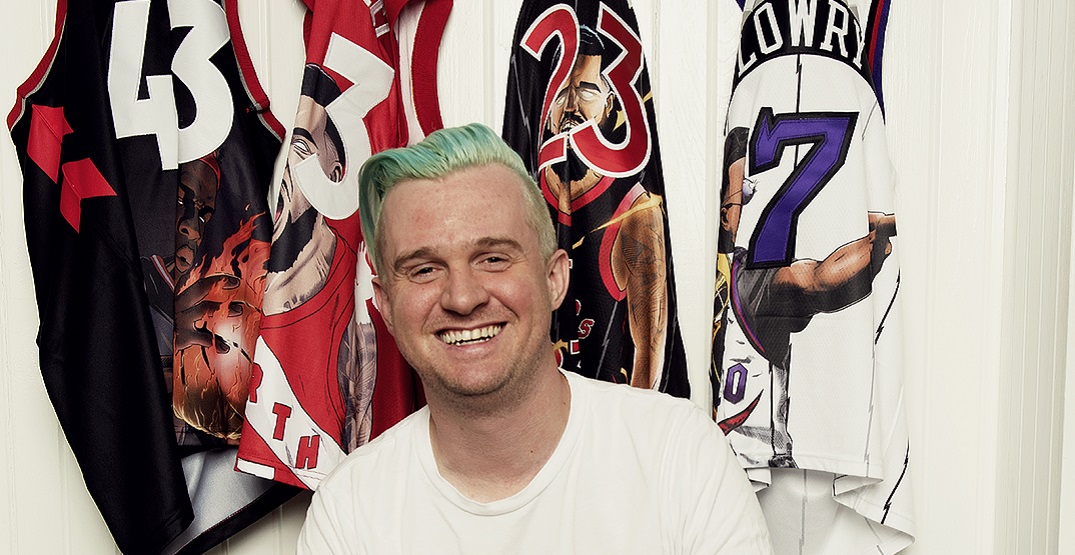 VanVleet and Bannerman personally delivered 300 of the backpacks to Lord Dufferin Public School in September before the public launch. 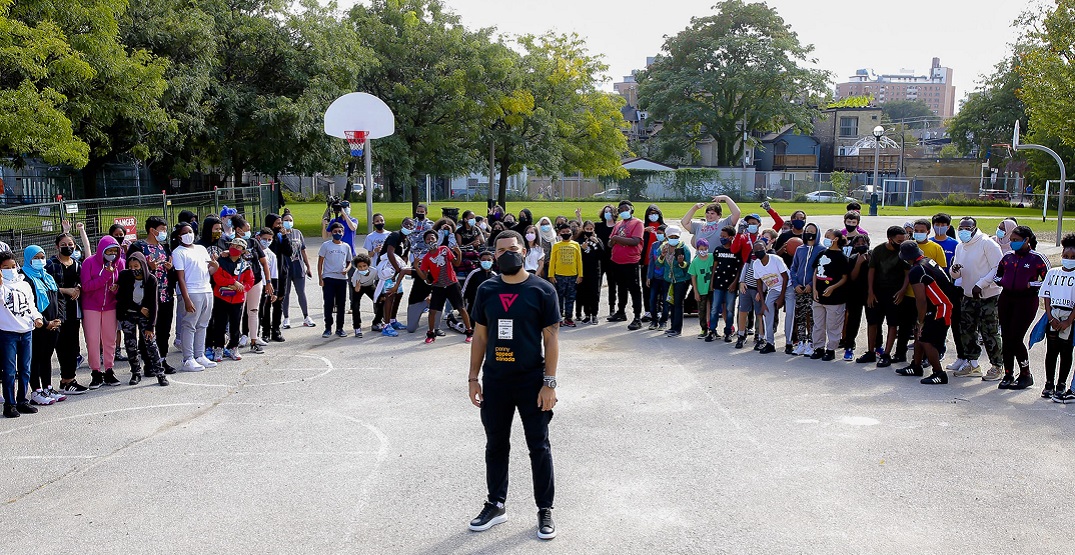 Bannerman’s worked with players like Pascal Siakam, OG Anunoby, Kyle Lowry, and Bam Adebayo in the past.

“It’s really cool to break down the celebrity a bit,” Bannerman said of working with NBA players on his projects.

A significant source of Bannerman’s inspiration comes from his childhood interests.

“As a kid, my bread and butter were like comic books, Jurassic Park, video games, and basketball,” Bannerman said. “It’s kind of funny now that 25 years later, that’s my job. I sort of integrate all those things into my art.”

Bannerman said his shift into working as a sports artist full-time was at least partially influenced by VanVleet recognizing his talent a few years ago after an art show coordinated by the Raptors.

“I think, at that point, I sort of took a step back and like a bird’s eye view of myself and said ‘oh wow’ [I realized] I could do this for a living,” Bannerman added.

VanVleet told Sportsnet’s Faizal Khamisa last month that Bannerman was one of the “dopest artists” and it’s that their sense of style that mixes well together.

Bannerman’s also recently launched shirts with Raptors rookies Scottie Barnes and Dalano Banton, including a shirt that honours Banton’s Rexdale roots and the 45 Kipling bus where he gets his number from.

As for his art process, Bannerman says the work is primarily done via iPad Pro and Photoshop, but doesn’t shy away from more traditional art methods as well.

“I’ll start with a pencil and a sketch pad just to sort of get out my basic gestures, and make sure that I get the sketches right. That’s how I practice doing the players’ faces over and over again.”

When it comes to licensing and rights issues, Bannerman said the NBA’s always given him the green light to be free to express his creativity with his work, adding they’re not as “tight” as some other pro leagues are.

“It’s a really great league to be in,” Bannerman said. “I’m just making the space a lot more fun for everyone.”