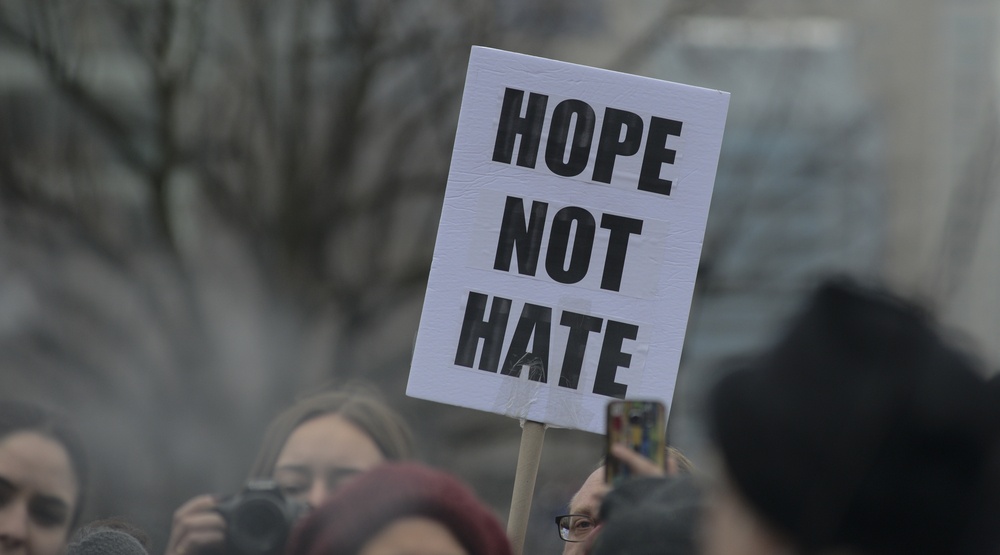 Another anti-racism rally is planned for Toronto next month.

On Monday morning, the “Toronto in Solidarity with Charlottesville – Stop the Nazis!” saw protesters of all ages gathering peacefully outside the US Consulate’s office in support of the city in Virginia. Two days before, on August 12, a group of US white nationalists had gathered for a “Unite the Right” march in Charlottesville and were met by a group of counter-protesters. Violence escalated, with one anti-protester dying, and a state of emergency was called in Virginia.

And now, another similar event appears to be planned for September 14 in Toronto.

The Toronto Nationalist Rally scheduled for that day states a plan to “discuss the nationalist movement in Canada and the future of our country.” It currently has 37 people “attending” and just over a hundred “interested” in the September 14 event.

In response to this rally, a Unity Rally to Silence White Supremacy in Toronto has sprung up on the same day.

“Canada is not immune to the sickness that is White Supremacy,” states the Unity Rally’s event page. “Days after the disgusting and deadly events in Charlottesville VA, the Toronto Nationalist Party has advertised plans for their very own rally, scheduled for Thursday, September 14th. The plan is to gather in love and solidarity against this bigoted ignorance.”

So far, the Unity Rally taking place at Yonge-Dundas Square currently has over 2,000 “attending,” and over 5,000 “interested.”

And while the Nationalist Rally is claiming to hold their event at the University of Toronto, the school has publicly stated there is no such rally happening on their property.

We’ve been asked about a Toronto Nationalist Rally happening here in September. There is no such booking. U of T is not hosting this event.