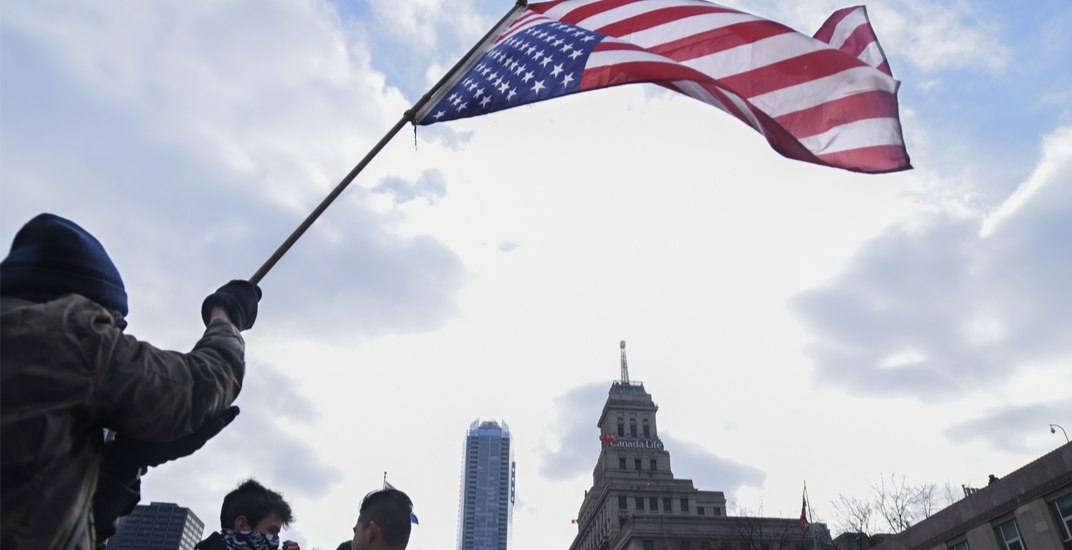 A group of Torontonians are currently outside the US Consulate’s office on University Avenue to protest recent violence south of the border.

The “Toronto in Solidarity with Charlottesville – Stop the Nazis!” began around 8 am on Monday, and protesters of all ages gathered peacefully with signs in support of the city in Virginia.

According to the event post, the protest is organized by US citizens in Toronto.

“We are gathering peacefully in front of the US consulate on Monday morning to oppose violent right-wing bigotry in the US and support victims and survivors of the recent violence in Charlottesville,” states the event details.

On Saturday, a group of US white nationalists gathered for a “Unite the Right” march in Charlottesville, and they were met by a group of counter-protesters. Violence escalated and a state of emergency has since been called in Virginia.

The Toronto protest is expected to end at 10:30 am.

Standing in solidarity against fascist hate outside the US consulate. #Toronto to #Charolettesville pic.twitter.com/UNOfcpLRE0

#solidarity #Charlottesville in Toronto at US consulate pic.twitter.com/peSJgYB027