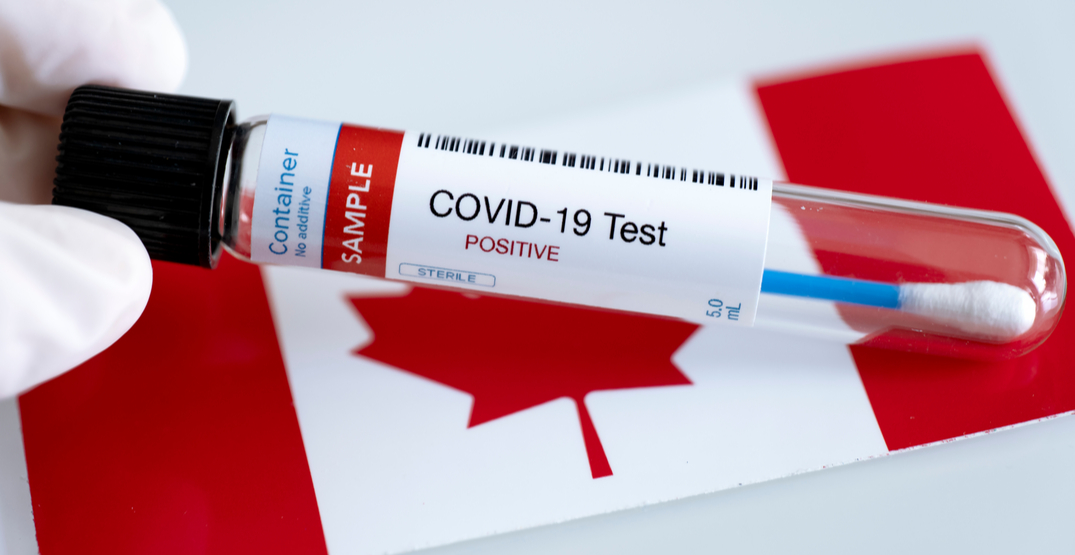 The Province of Ontario confirms there are 32 more COVID-19 related deaths and 292 new cases, as of Wednesday morning.

This marks a slight increase in new cases compared to Tuesday’s 287 — the lowest number since March 31, when Ontario reported 211 cases. But it’s the second day in a row with Ontario reporting numbers below 300.

Premier Doug Ford wanted the province to test 16,000 people daily starting on May 6, but testing has been falling short of this goal.

Over the weekend, the province issued expanded guidance on asymptomatic testing for individuals living in the community and a few Toronto assessment centres have been seeing an increase in walk-in traffic since Ford’s announcement.

A total of 2,155 people have died from coronavirus in Ontario, and there are 11,817 cases currently under investigation.

According to the Public Health Ontario Daily Epidemiologic Summary (iPHIS), there are 199 outbreaks in long-term care homes, with 1,352 resident deaths. Around 18.6% of cases in all of Ontario come from these facilities.

However, the Ministry of Long-Term Care Daily Report says there have been 135 outbreaks reported in long-term care homes with 1,587 resident deaths. 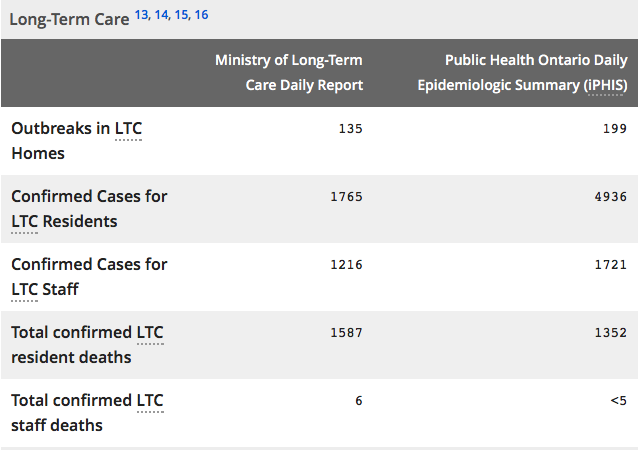 The Ontario government outlined key findings from the Canadian Armed Forces report on the five long-term care homes at which the military has been assisting.

The Greater Toronto Area public health units account for more than half of the cases at 65.3%. 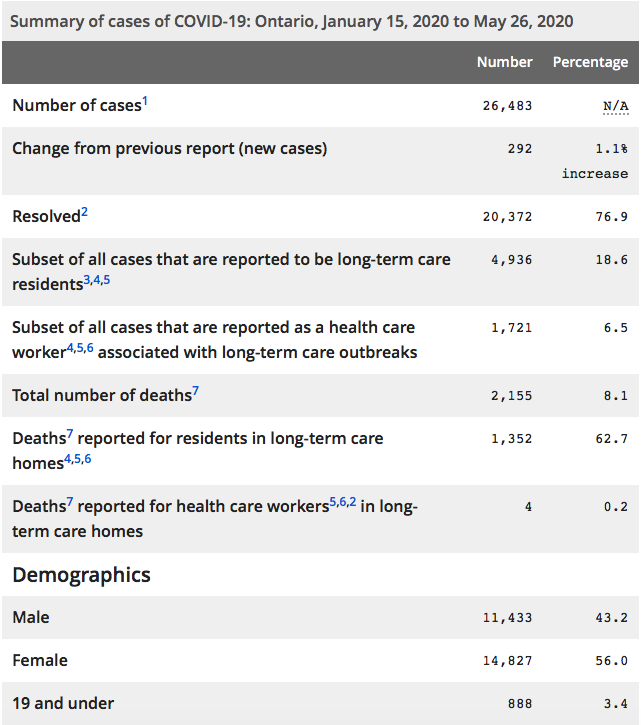 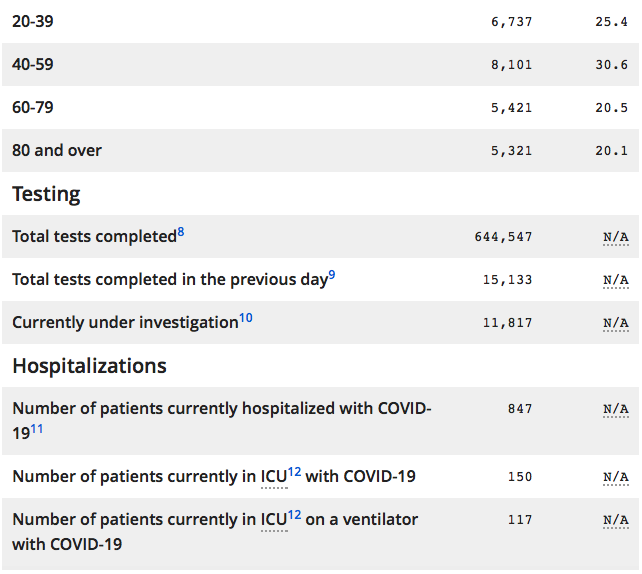