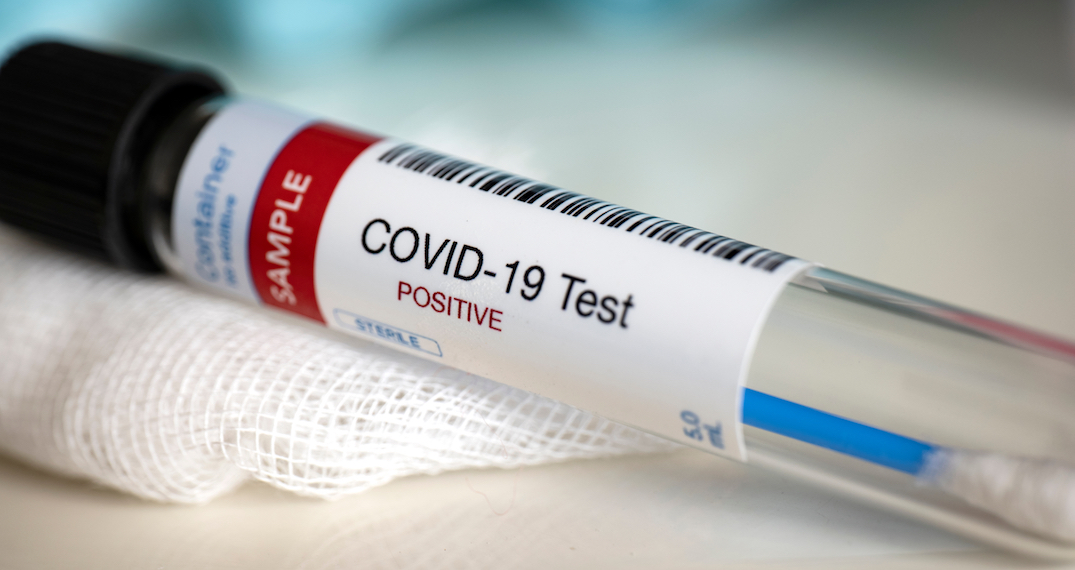 The Province of Ontario confirms there have been 12 more COVID-19 related deaths and 203 new cases as of Thursday morning.

This marks the lowest number since March 31, when Ontario reported 211 cases.

The number of new cases is a decrease from Wednesday’s 251.

Tuesday’s numbers showed 230 new cases, while Monday’s showed 243 — marking today as the fourth day in a row cases have remained below 300.

A total of 2,487 people have died from coronavirus in Ontario, and there are 16,359 cases currently under investigation.

According to the Public Health Ontario Daily Epidemiologic Summary (iPHIS), there are 77 outbreaks in long-term care homes, with 1,952 resident deaths. Around 16.8% of cases in all of Ontario come from residents at these facilities. 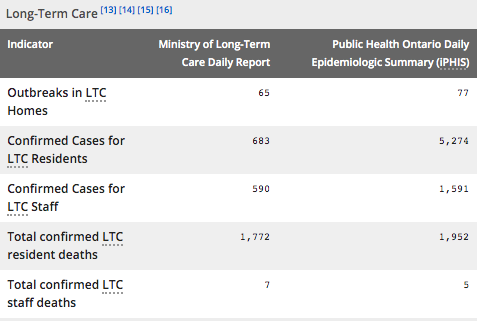 However, the Ministry of Long-Term Care Daily Report says there have been 65 outbreaks reported in long-term care homes with 1,772 resident deaths. 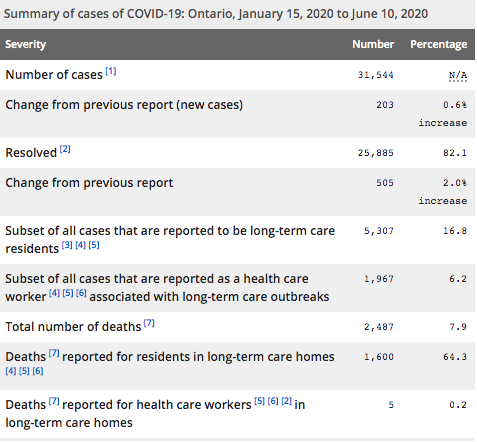 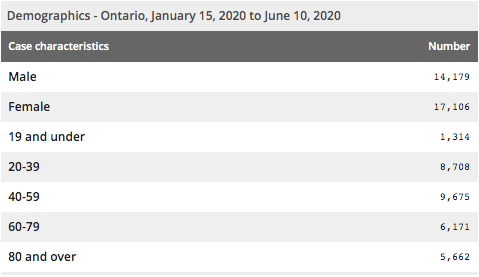