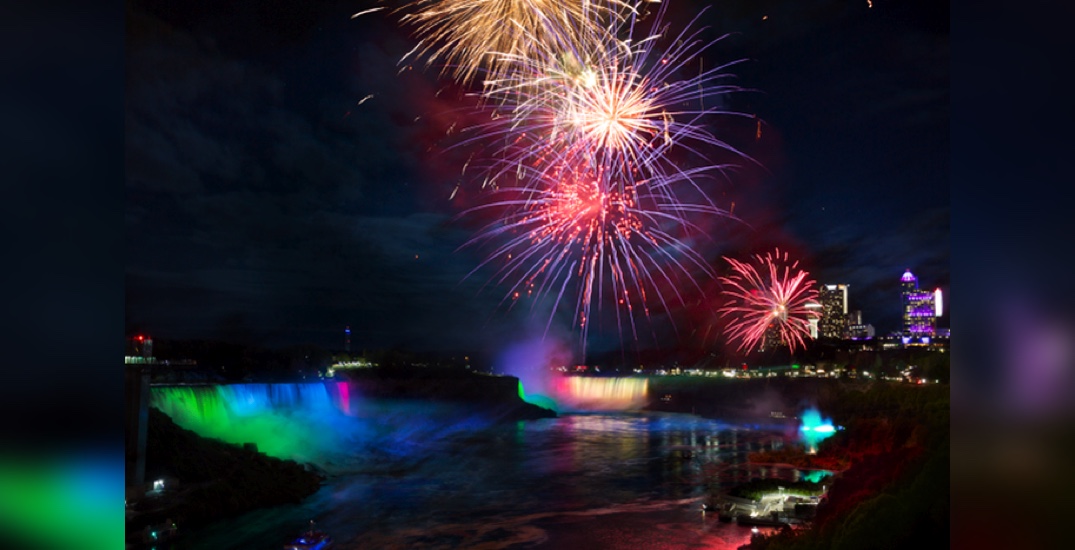 Get ready for 2022 with a bang, or several, as Niagara Falls will launch New Year’s Eve fireworks for six nights to close out 2021.

After being cancelled in 2020, the iconic Niagara Falls NYE fireworks display is back! Beginning on December 26, Niagara Parks will set off fireworks at 10 pm every night until New Year’s Eve.

On New Year’s Eve, there will be two fireworks displays. The first will launch at 9 pm and the second at midnight to welcome 2022.

There will be other events throughout Niagara Falls, and the fireworks can be viewed from multiple vantage points in the city. You’ll be able to see them from several of the city’s outdoor events as well as from inside many of the hotels and restaurants in the city’s tourism district.

Whether you’re in Niagara Falls for the Festival of Lights, headed to one of the many live performances, or just spending the night with a view of the falls, you won’t want to miss the return of the fireworks.

But if you live in Toronto and can’t drive or commute all the way to Niagara Falls on New Year’s Eve, fret not! Earlier this week, the City of Toronto also announced that they’ll be holding a huge fireworks display across the City’s waterfront at midnight for NYE, and it’ll be so high-altitude, people from Etobicoke to Scarborough will be able to see it. It’ll be viewable “anywhere across the city with views of Lake Ontario.”

The Toronto fireworks show show will go on for a whole ten minutes. Ahead of it, City will have a livestream from the CN Tower on December 31. Viewers can join it for free here and enjoy live as well as pre-recorded performances from Toronto’s top art and music venues, and the artist lineup will be announced on December 21.