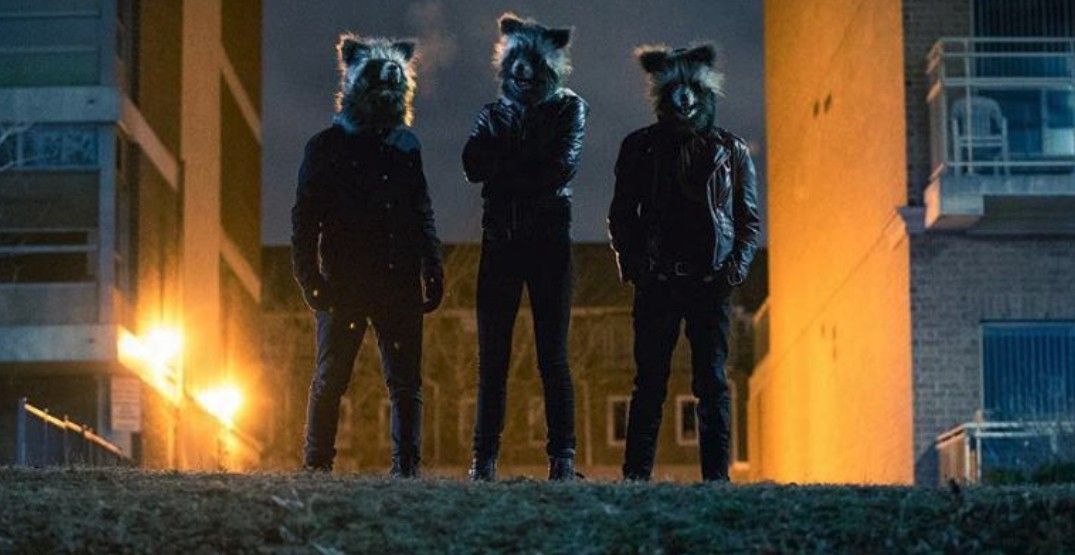 Toronto is known for its pesky raccoons, and now there’s a new music video dedicated to the city’s unofficial mascot.

The song, fittingly titled “Trash Panda,” was released by dance artist Judge Bitch, and brings Toronto’s raccoons to life. But these trash pandas are far from cute.

The racoons in this music video are human-size and wreak havoc around the city, beat up citizens, and dig into trash bins.

The video is a terrifying depiction of how raccoons have been trying to take over Toronto.

From the trash panda chillin’ at the Shoppers Drug Mart to the masked bandit climbing up a 700-foot crane, there’s no doubt that the city’s raccoons are definitely plotting something.

Let’s just hope it’s not as freaky as the creepy trash pandas in this music video.