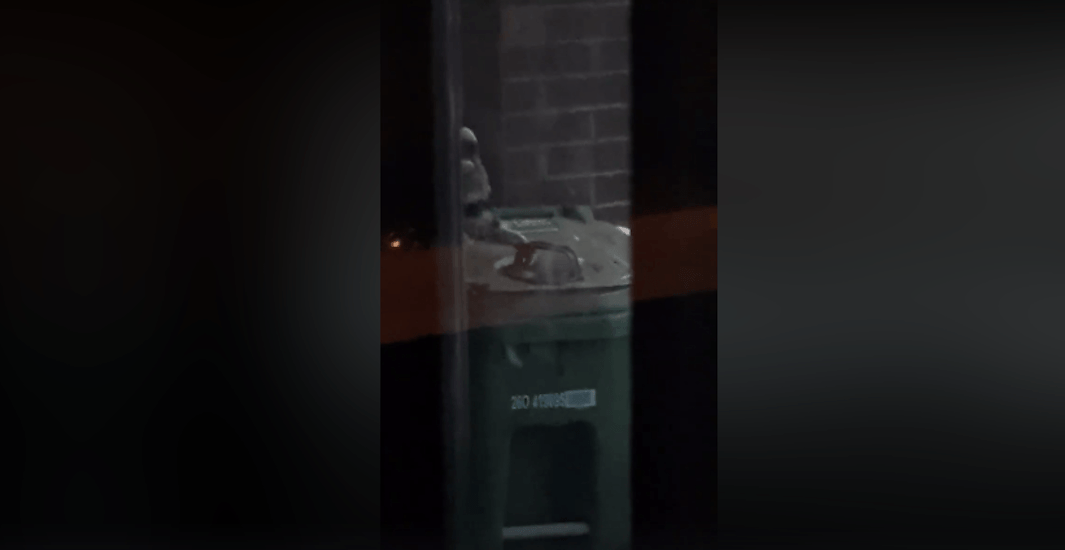 A few years ago, the City of Toronto rolled out the new “animal-resistant” green bins, which was specifically targeted to raccoons.

The green bins are designed with an animal-resistant latch with a gravity lock, according to the City.

Since the rollout began in April 2016, more than 430,000 new Green Bins have been delivered across Toronto, and all deliveries were to be completed by the end of January 2018.

And in those two years, it looks like Toronto’s famous animals have already adapted to the new bin.

In a video posted by Graeme Boyce, a raccoon is seen pulling the latch and opening the bin.

“There I was minding my own business a few minutes ago, when I heard the toboggan being loudly tossed aside – an alert when the racoon was atop the bins – and so for those people who said the new green bins are ‘racoon proof,'” wrote Boyce.

The clever raccoon was able to hop right in.

The raccoons have found their way into these “improved animal resistant features.”

When the bins were first rolled out, the City shared a video of the raccoons confused by the new latch. Looks like we need a new solution… again.