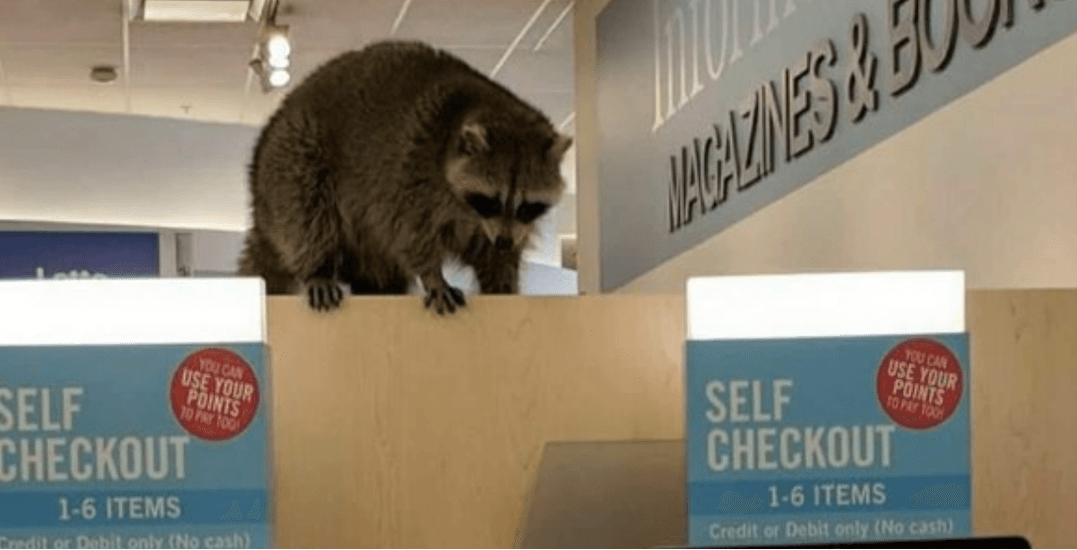 The latest unusual raccoon sighting in Toronto went down at a Shoppers Drug Mart over the weekend.

Somehow a curious trash panda found its way into a busy Shoppers located at Leslie and Lakeshore. Once inside, the raccoon walked along a ledge above the self-checkout, and luckily shoppers were quick to capture the critter and post photos on Reddit and Facebook. 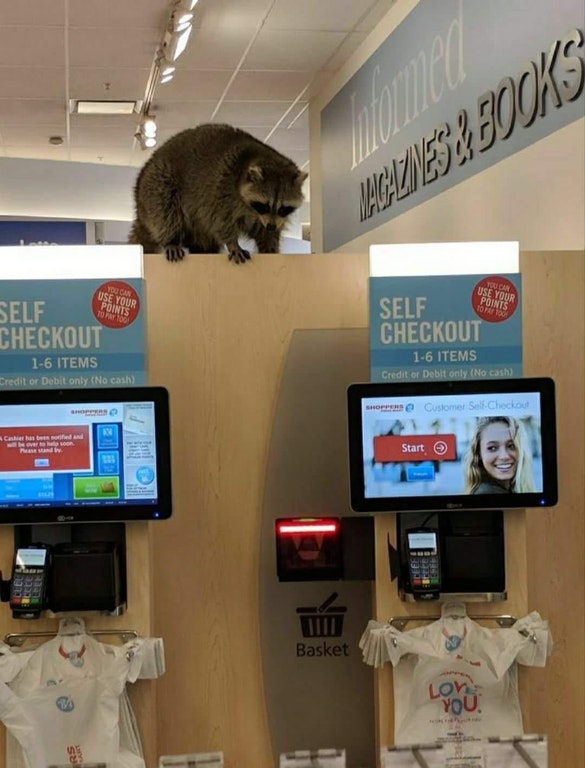 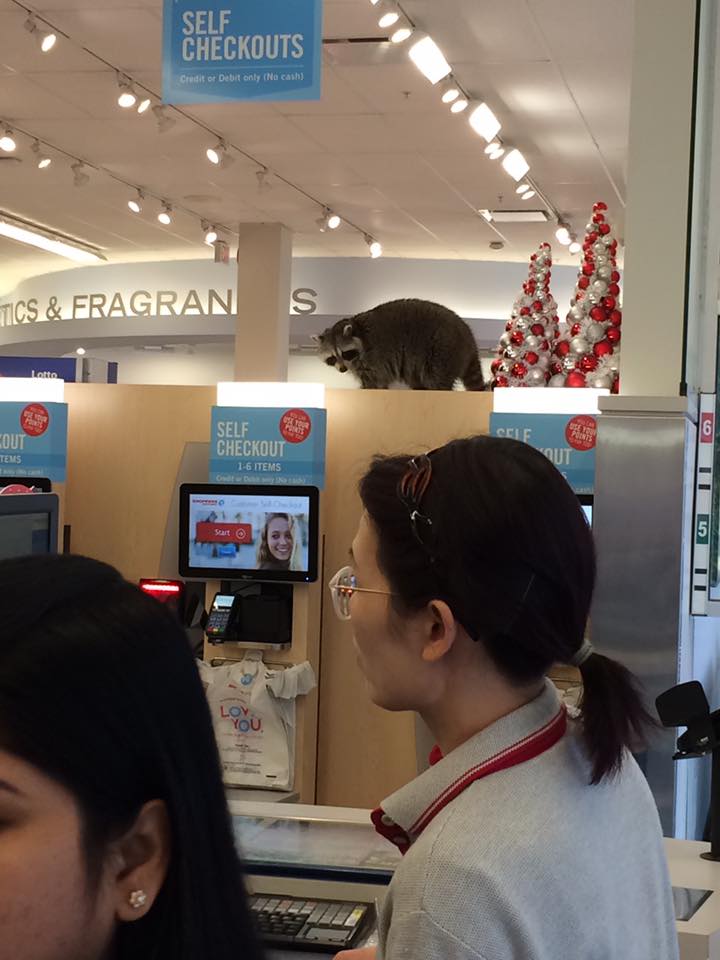 While some Facebook users were skeptical, claiming the image was Photoshopped, Facebook user Seimi Morimoto commented that she was related to someone who worked at the Shoppers location who confirmed the raccoon sighting.

“For all those curious: yes it was real, yes it was just hanging out in the store all day, and yes it is the location at Lakeshore and Leslie. My aunt (the cashier in the photo) confirmed this when she got home from work, ” wrote Seimi Morimoto on the raccoon photo.

After all, in Toronto, this shouldn’t be that hard to believe.

In the past, the city’s unofficial mascot has been spotted causing a delay on the subway, living in a local bank, climbing up a crane, and even influencing some pretty awesome Halloween costumes.