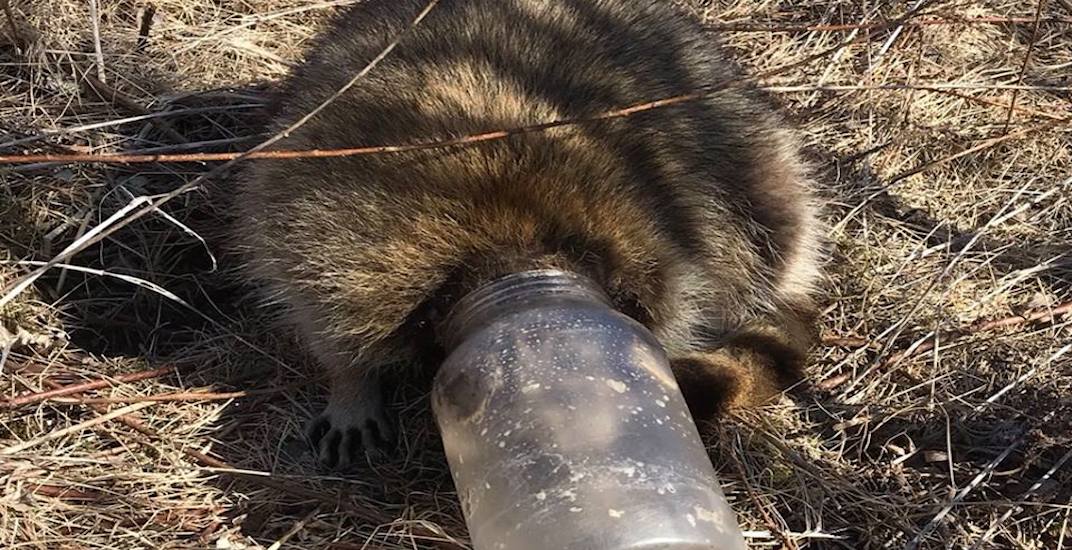 The latest unusual raccoon encounter in Toronto went down in Scarborough last week.

It appears this curious little trash panda managed to get its head stuck inside a glass jar and was unable to free itself.

Luckily Megan O’Connor discovered the trapped critter while she was walking her dog near a ravine in Scarborough.

O’Connor attempted to try and free the animal herself but quickly called the Toronto Wildlife Centre for backup. 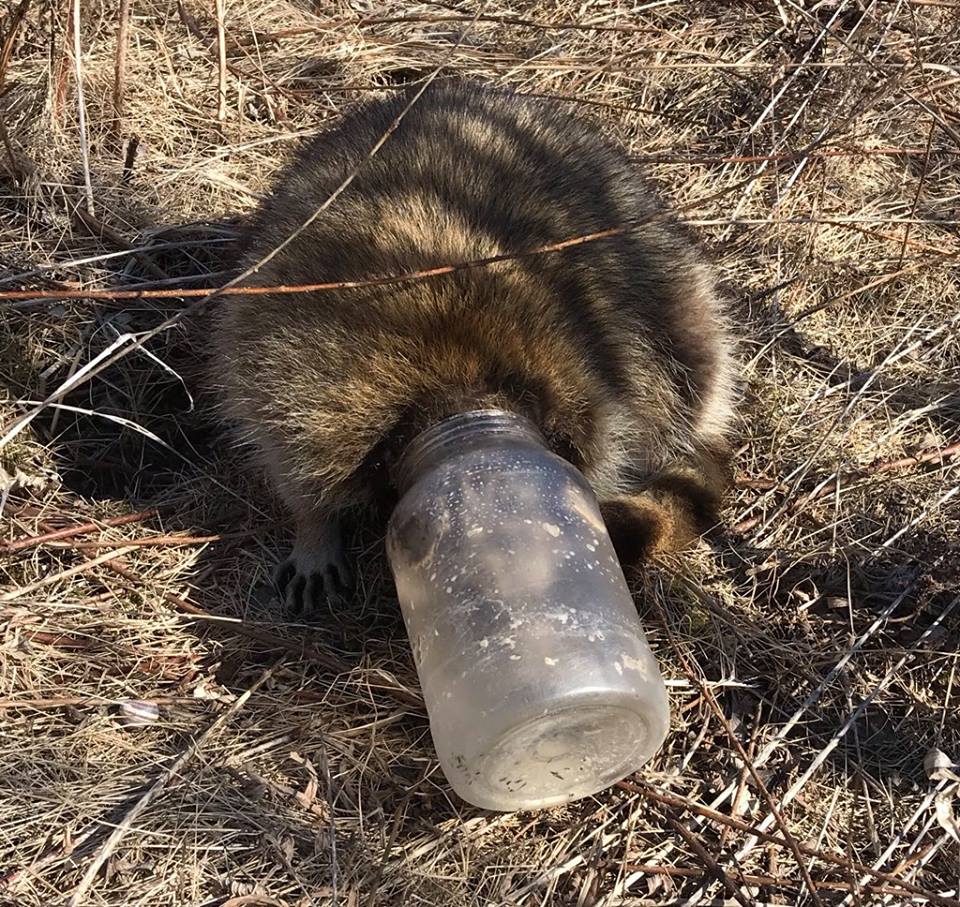 According to a Facebook post from the TWC, O’Connor kept a watchful eye on the frightened animal until the rescue team arrived.

Team members safely snared the raccoon before carefully freeing it from the jar without causing any harming. 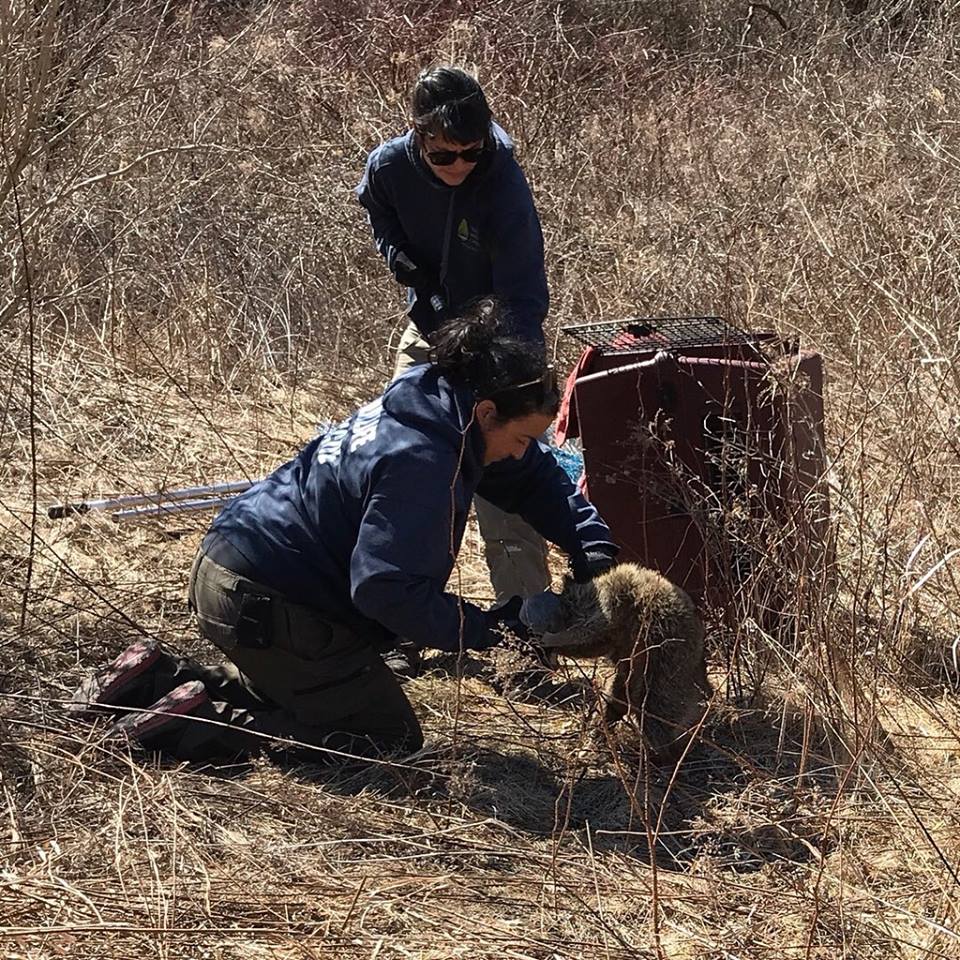 Once the raccoon was free, it was discovered the animal had a wound on its snout and hind leg. The centre’s medical staff treated the injuries.

“They treated the wounds, and also gave him a bath to remove grease that appeared to be on his fur,” reads the Facebook post. 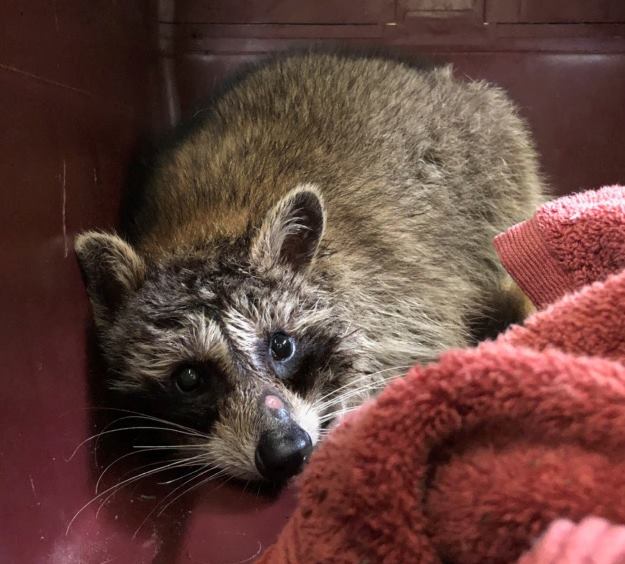 After five days in care, the raccoon was fully healed and released near the ravine where it was found.

To ensure more curious animals don’t end up in the same situation as this little guy, the TWC reminds its followers to always properly clean jars before putting them outside in a tightly secured bin.

You should also screw lids back onto jars to further protect animals from getting their heads trapped inside.