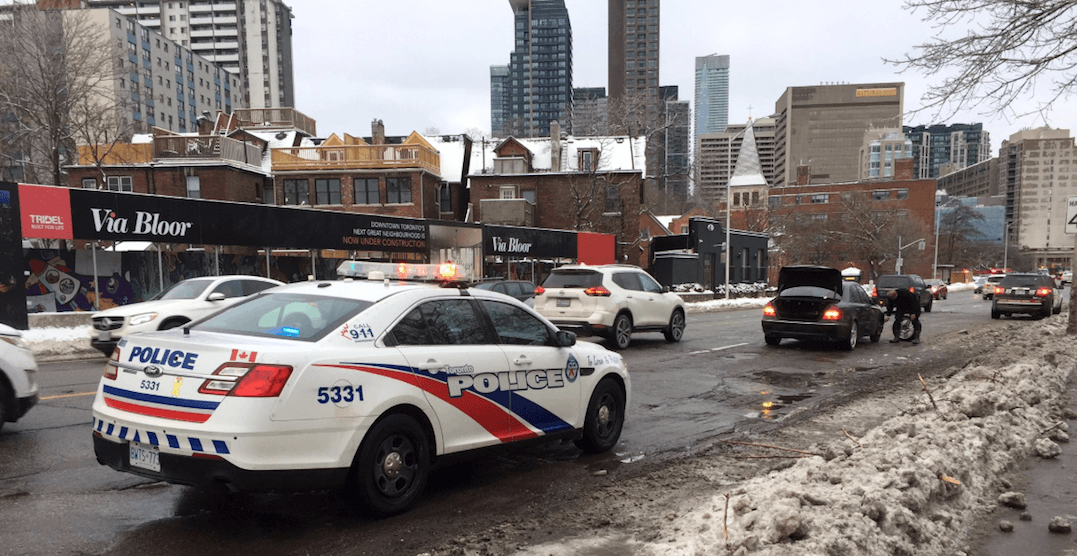 Whether it’s because of snow, ice, or TTC delays, travelling around Toronto has been difficult lately.

And though the weather is clear this morning, the roads near Bloor Street East and Sherbourne Street are not — because a massive pothole is popping car tires left, right and centre.

According to Toronto Police, the hole is situated in the right westbound lane of Bloor Street East. As of this morning, six to eight vehicles’ tires had been affected.

Hazard:
Bloor St/ Sherbourne St
– reports of a large pothole WB right lane on Bloor, west of the intersection
– 6-8 vehicles reportedly with flat tires pulled over to the side^adc@TPS51Div #GO282697

One Twitter user shared images of the scene, capturing the moment when one police officer helped a driver change their tire.

Going above and beyond. Const. from @TPS53Div helps out motorists change their flat tires caused by the pothole. 👏👏👏@TPSOperations pic.twitter.com/K1Cx7blQmG

So if this is a part of your normal route, consider slipping up a side street to get around the scene.