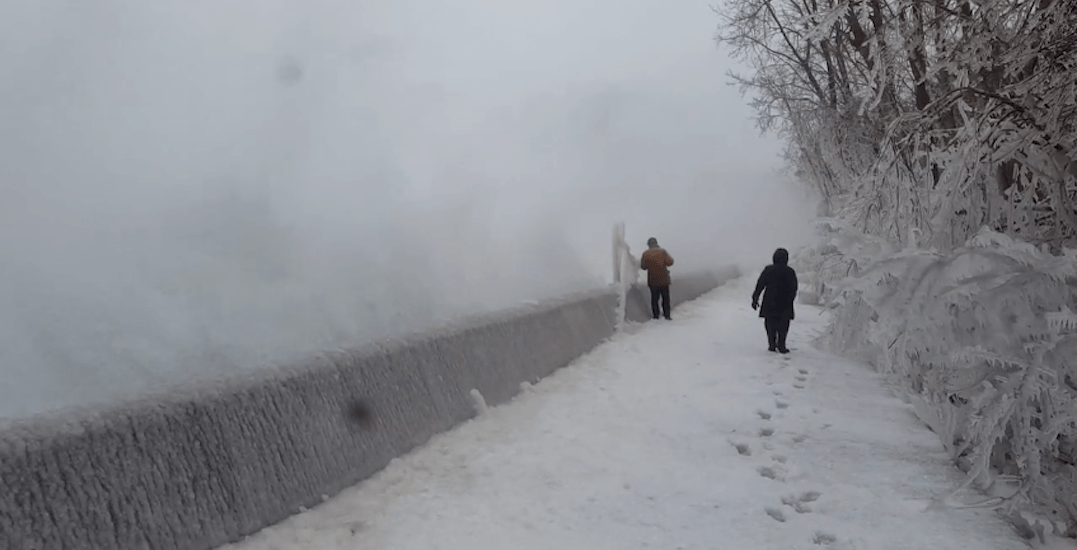 Unless you’ve been living under a giant block of ice, you know Toronto was hit by its second Snowmageddon of the season on Tuesday.

And while the city’s downtown core looked like a complete mess, there was one area in particular that was perhaps even more treacherous than the rest: Toronto Island.

The small land mass was where one Reddit-user filmed a video in the midst of the storm.

The 40-second video by iceboatguy shows two people walking ahead, along the Toronto Island boardwalk, while huge waves crash into the pathway’s barrier.

The trees that line the walkway are stark-white and completely coated in ice. And more than once, the screen becomes totally blurred as a giant wave sends freezing water flying all over the joint.

It looks as if any moment, the lake could swallow these people whole.

The scene is not not anxiety-inducing.

We’re not sure who you are, Redditor, but it looks like you’ve reached peak-Canada.