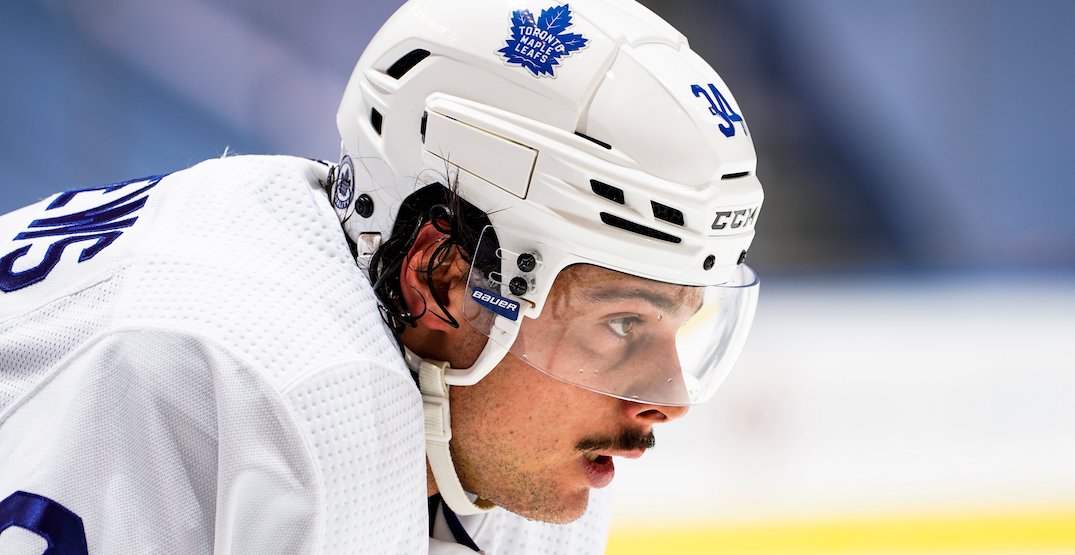 Toronto Maple Leafs head coach Sheldon Keefe was asked about the play of his defenceman, Travis Dermott, following his team’s 4-3 overtime collapse to the Columbus Blue Jackets in Game 3 of their qualifying series and he had to pause as he chose his words carefully.

Keefe had to be lenient about taking the bait to call out his young defenceman who made a few costly errors after Thursday’s loss. After all, down 2-1 in a best-of-five series, Dermott has to be in the right frame of mind to shake off his miscues ahead of Game 4 on Friday.

After jumping out a 3-0 lead midway through the second period, it looked like the Leafs had found their mojo against the Blue Jackets. The mere fact that it took the Leafs 96 minutes to get their first goal of the qualifying-round series seemed like a distant memory. The goal that gave Toronto the lead mentioned above chased Joonas Korpsialo out of the game, and likely out of the series given how well Elvis Merzlikins played in support. But issues that haunted Toronto for the entire 2019-20 season had finally crept up in Game 3.

As you can see, Maple Leafs head coach Sheldon Keefe was not too please with how things went down tonight. Didn't like how things were going early on as well. pic.twitter.com/ox0YLVSGf2

Dermott, had a team-worst -14.64 relative Corsi, a key metric in defining possession stats. The eye test was much worse. With the Leafs up 3-2 in the third period, Dermott pinched into the zone, and his team failed to support him when the Jackets roared back on the transition.

It didn’t matter who was at fault for the transgression in that particular case. It was one of several mistakes from the Leafs, who voided their defensive responsibilities for the second half of the game.

Toronto dominated the scoring chances in the opening period with seven, compared to just one for the Blue Jackets.

This may seem like a harsh criticism of his team’s overall performance. The enormity of the collapse and the end result was sure to leave Keefe feeling a bit sour. But a four-month pause wasn’t enough to forget about the difficulties the Leafs have had this season. It’s understandable, given his team is in a situation where it needs to pull off two consecutive wins to stay in the bubble.

The other reason for the criticism is pent up frustration from many disappointing performances this season. It seems like a long time ago, but a pandemic that kept from watching hockey for four months wasn’t long enough to forget about some of the uninspiring performances from this team in 2019-20.

The Leafs made a decision last summer that they were going to be all-in on skill. They traded gritty centre Nazem Kadri, who had a friendly term and cap hit on his contract for offensive-defenceman Tyson Barrie — a free agent at the end of the season — and forward Alex Kerfoot.

When Toronto got off to an uninspiring start in November, Leafs GM Kyle Dubas pulled the trigger on firing head coach Mike Babcock, who had three-and-a-half seasons remaining on an NHL record contract which paid him $6.25 million, an enlisted Keefe to come in and make some changes that Babcock seemed reluctant to do. Some of those included changing up the forward lines to put some offensive weapons together.

We saw Auston Matthews lined up with Mitch Marner on more occasions and more strategic changes designed for more offence.

Although there was more offence at times, there were some fairly embarrassing moments.

Less than three weeks before the NHL was put on pause, the Leafs allowed over 50 shots on goal to the Carolina Hurricanes, who lost both of their goalies to injury. Emergency backup goaltender David Ayers stopped eight of 10 shots and played 29 minutes to help the team defeat Toronto 6-3.

It was a great story for the one-time Zamboni driver for the Marlies, but it was fairly embarrassing that the Leafs looked listless for those 29 minutes.

A week later, the team went 0-3 on their California road trip. That’s right. 0-3 to all three teams that were so bad this season, they weren’t even part of the 24-team return to play scenario.

Toronto is simply out of excuses and it should come as no surprise that they find themselves in the current hole that they are in.

The Blue Jackets’ commitment to defence and their ability to threaten on the transition has been the difference. It’s what helped them pull off an incredible sweep against the top-seeded Tampa Bay Lightning in the first round of the 2019 playoffs and it’s carrying them so far.

Toronto’s commitment to team defence was a storyline throughout the year. When the Leafs decided to commit over $40 million of its $81.5 million cap hit on Matthews, Marner, John Tavares, and William Nylander, it was an endorsement that their offence and skill would push them forward.

The combined cap hit of John Tavares, Auston Matthews, William Nylander and Mitch Marner is $40.489366 million. The salary cap for this year is $81.5 million.

It’s hard to argue that has been the case.

But there is Game 4 tonight at 8 pm ET. That’s something.