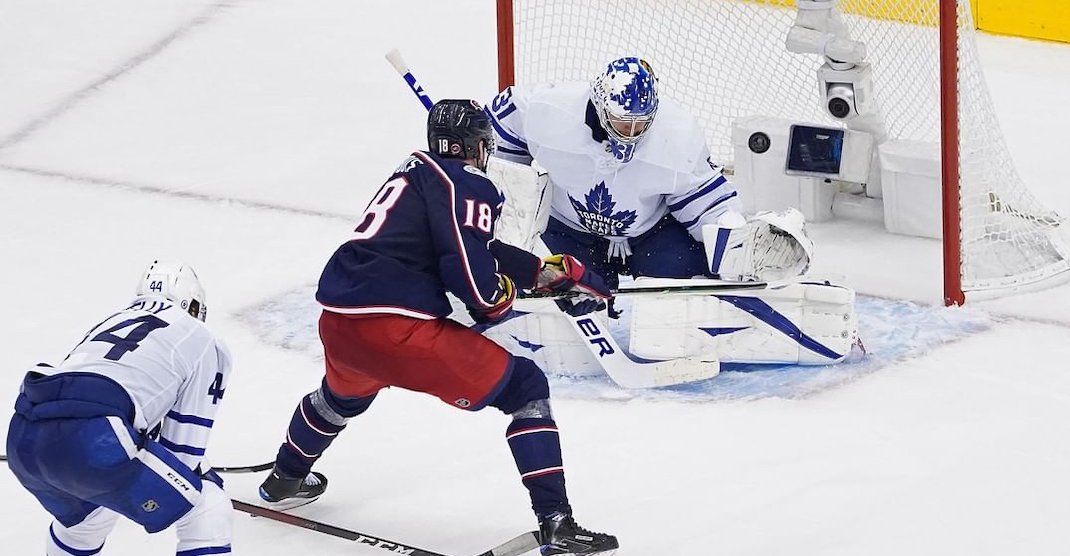 The Toronto Maple Leafs are heading into the weekend with the unusual NHL season on the line.

And Leafs fans are not happy.

The Columbus Blue Jackets were trailing 3-0 halfway through the second period on Thursday night before a hat trick from  Pierre-Luc Dubois lead to an overtime heartbreak for Leafs fans.

When Dubois scored with 1:36 left in OT, Leafs fans may have harkened back to that still-heart breaking loss against the Boston Bruins in 2013.

It was the third time in the Blue Jackets’ playoff history that they scored four unanswered goals after facing a 3-0 deficit. For the Leafs, it means things could potentially get really ugly on Friday night as they try to stave off elimination at 8 pm ET.

Until then, here’s how fans reacted to Thursday night’s bitter loss in the virtual world.

I’m honestly mad at myself for getting my hopes up. At this point I should come to expect this outcome.

Keeping it consistent across the Six pic.twitter.com/7zkVnD0HNb

IM SO DONE BEING A LEAFS FAN! HOW CAN YOU GUYS JUSTIFY CHOKING CONSTANTLY? I CANT TAKE IT AND NEITHER CAN MY KIDS! THIS IS A JOKE, AN OUTRAGE. I CANT DO IT GUYS. I HAVE TO GO PURSUE OTHER DREAMS. THANKS FOR NOTHING LEAFS!!!!

Imagine paying 30 Million to 3 players and getting 0 goals from them.

Hey don’t worry, Canada’s team is up in their series 2-1 pic.twitter.com/ZS35PBT6Ku

Blowing 3 goal leads to CBJ in the postseason pic.twitter.com/X113hJCwKm