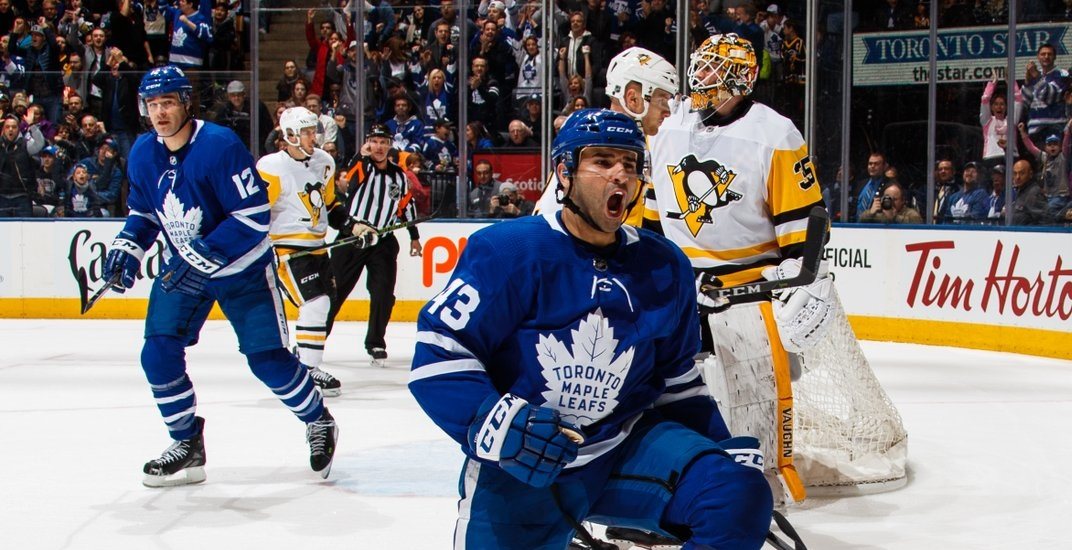 The Toronto Maple Leafs and Colorado Avalanche have made a major trade, resulting in Nazem Kadri and Tyson Barrie changing teams.

The Avs, who have more cap space than any other team in the NHL, will retain 50% of Barrie’s $5.5 million salary as part of the deal.

Kadri’s days were numbered in Toronto after a playoff suspension cost his team for a second straight year. The 28-year-old has spent his entire career with the Leafs since being drafted seventh overall in 2009.

In Barrie, the Leafs get another right-shot defenceman they so desperately need. The 27-year-old also gives Toronto another offensive threat on their blueline, as Barrie is coming off a 59-point season. He’s scheduled to become an unrestricted free agent at season’s end, while Kadri is under team control for three more years.

It’s the second trade of significance for the Leafs today, as GM Kyle Dubas also sent Nikita Zaitsev and Connor Brown to Ottawa in a deal that included Cody Ceci and Ben Harpur heading to Toronto. Dubas also signed Jason Spezza as a free agent.