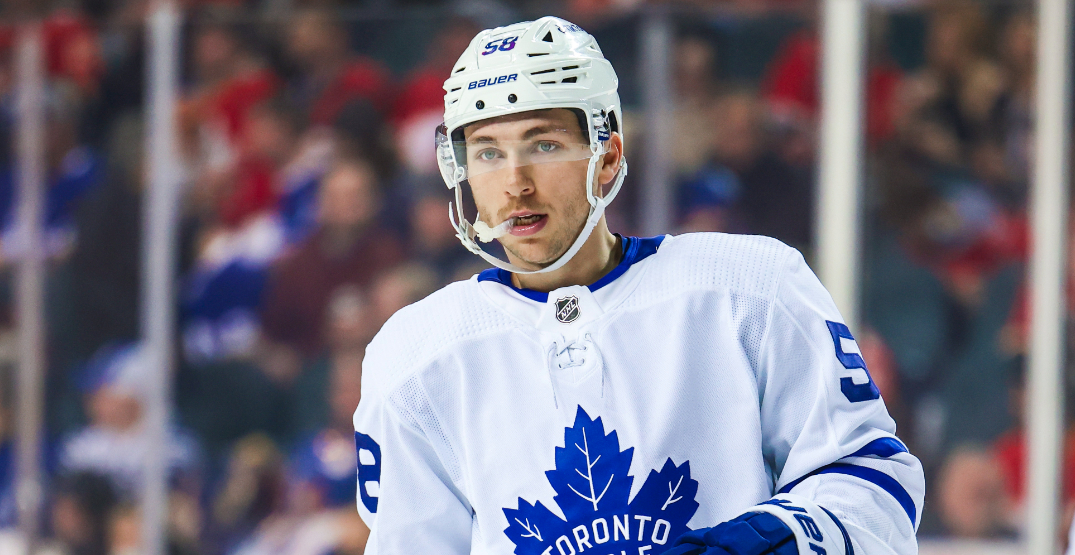 Bunting wasn’t able to score himself the Calder Trophy, presented yearly “to the player selected as the most proficient in his first year of competition.”

The 26-year-old finished third in voting from members of the Professional Hockey Writers Association after pacing all rookies in scoring with 63 points (23 goals, 40 assists) in 79 games played with the Maple Leafs in 2021-22.

Bunting was second amongst all rookies in the NHL with 40 assists, second in plus/minus with a +27 mark, tied for second with 23 goals, sixth in shots on goal at 175, and sixth in shooting percentage at 13.1%.

The 6-foot, 186-pound winger signed with the Maple Leafs as an unrestricted free agent last July. He registered at least one point in 44 of 79 games this season, and had 14 multi-point games playing primarily on the team’s top line alongside Matthews and Mitch Marner.

Bunting, who was originally selected in the fourth round (No. 117) by the Arizona Coyotes in the 2014 NHL Draft, narrowly qualified for Calder voting. In order to be eligible, a player must not have turned 26 by September 15 of the season in which he is eligible. The Scarborough, Ontario product turned 26 on September 17.

He would’ve become the 11th player in Toronto franchise history to capture the Calder, and just the second in the NHL’s expansion era in 1967-68 after Matthews six seasons ago.