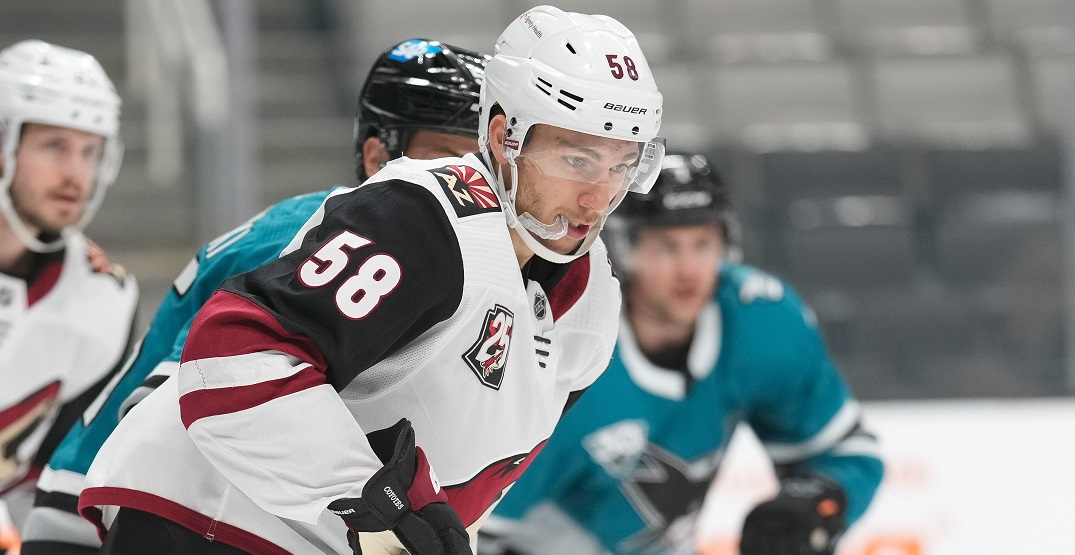 Leafs GM Kyle Dubas sure likes bringing in former Soo Greyhounds to Toronto — and it appears that Michael Bunting is about to join that list.

TSN’s Bob McKenzie tweeted on Wednesday morning — along with several other “guesses, predictions, and good fits” — that Bunting and Toronto have been linked on a contract.

McKenzie originally reported the Bunting to the Leafs news yesterday afternoon as “logical speculation” while noting that multiple teams have interest in the free agent forward.

Michael Bunting — 10 G in 21 GP with ARI this season — is the rare Group VI free agent. All the logical speculation is on him being reunited with his Soo Greyhound GM (Kyle Dubas) and head coach (Sheldon Keefe) in TOR but multiple teams interested. @TSNHockey

No term or dollar amount has been speculated yet.

A Scarborough native was taken in the fourth round (117th overall) of the 2014 NHL Entry Draft.

Bunting played under current Leafs head coach Sheldon Keefe while with the Greyhounds in his two-season OHL tenure from 2013-15, with Dubas being the team’s GM in his first season. The 2014-15 season, which saw Keefe and Bunting’s Greyhounds put up a remarkable 54-14-2 regular season record, was the Leafs’ coach’s last before being named the head bench boss for the Toronto Marlies the following year.