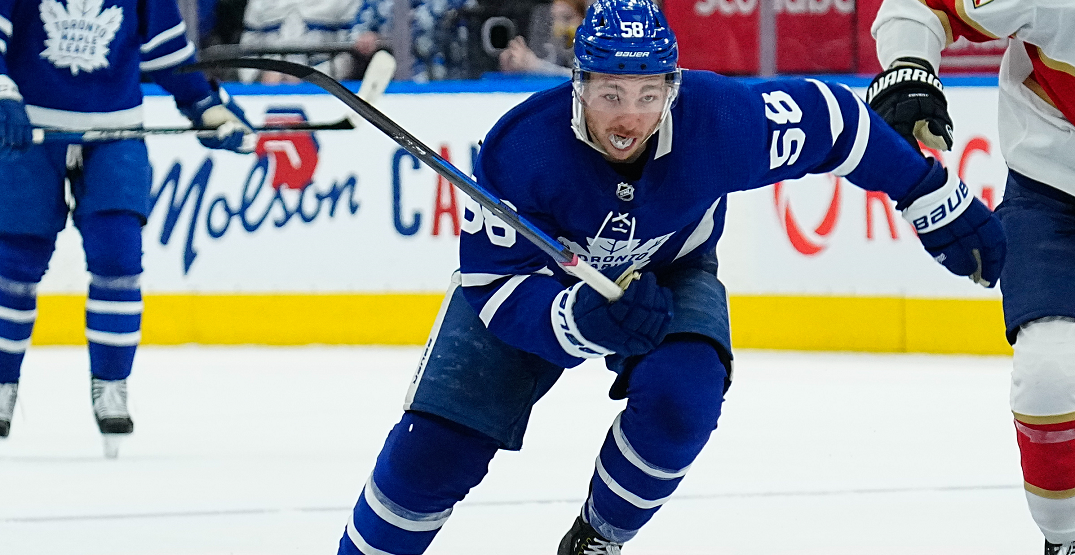 Third-year forward Michael Bunting of the Toronto Maple Leafs has been nominated for the NHL’s Rookie of the Year Award.

The NHL announced today that the 26-year-old Leafs forward was one of three nominees for the league’s Calder Trophy as the Rookie of the Year.

It’s been a contentious debate all season as to whether Bunting should pick up votes for the award, being older and having far more pro experience than most Calder nominees. It seems like, at the very least, enough voters have decided that, yes, he does deserve it.

Playing primarily on the team’s top line alongside Auston Matthews and Mitch Marner, Bunting put up 23 goals and 40 assists for 63 points in 79 games with the Leafs.

That point total is more than Marner or William Nylander put up in their rookie seasons of 2016-17, though they were ages 19 and 20, respectively. Matthews was the last Leafs rookie to win the award that same season, putting up 40 goals and 29 assists for a total of 69 points.

Bunting’s point total was also first in this season amongst rookies. Before signing with Toronto this past summer on a two-year deal worth $1.95 million, the 2014 fourth-round pick of the Arizona Coyotes had played 26 games spread across two seasons.

However, since Bunting had yet to play over 25 games in a single season in his two years with the Coyotes, he classifies as a rookie. It might be a technicality on paper, but it’s hard to deny the outstanding first full season he had.

Detroit Red Wings defenseman Moritz Seider and Anaheim Ducks center Trevor Zegras were named as the other two finalists for the award, with the winner being announced in June.