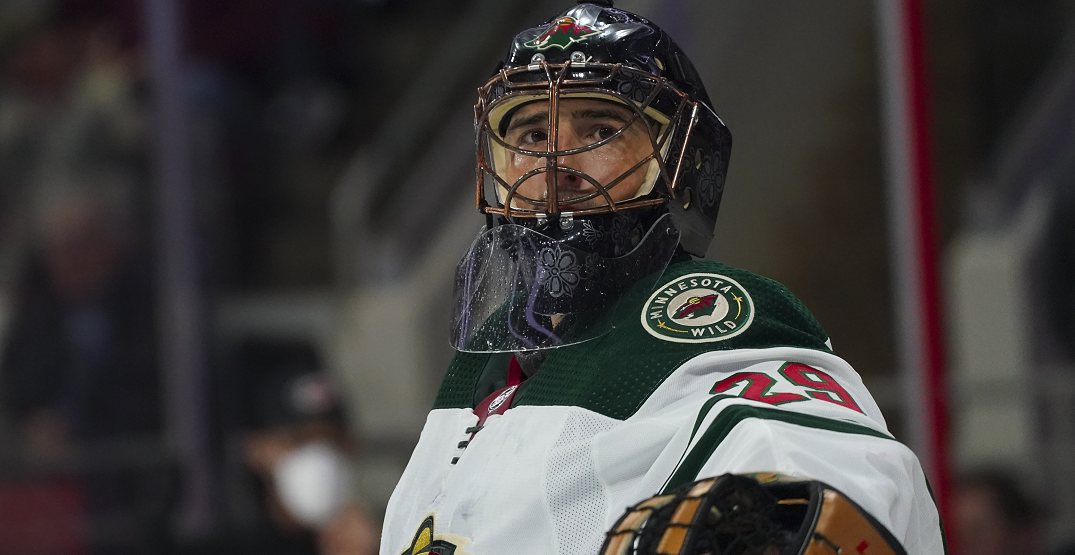 The Toronto Maple Leafs face a difficult decision when it comes to their goalies for next season.

Jack Campbell is slated to hit free agency after being the Leafs’ No. 1 option over the past season-and-a-half.

Set for his first major payday at age 30, EvolvingHockey.com’s projection puts Campbell leaving the Leafs to sign a contract over six years worth $5.726 million a season, totalling nearly $35 million over the course of the deal.

Campbell has a record of 51-14-9 in 77 games with a goals-against average of 2.50 and a save percentage of .916 for the Leafs in his career, spread across three seasons. He could return to the Leafs, but it’s quite possible that he’ll hit the market and be leaving them without an incumbent starter.

In his first year in Toronto, backup Petr Mrazek wasn’t very good while dealing with recurring injury problems, sporting a goals-against average of 3.34 and a save percentage of .888. Amazingly, he still put up a 12-6-0 record, buoyed by the team’s strong offence in his starts.

Mrazek has two years remaining on his deal with the Leafs, at a price point of $3.8 million per year. As of now, Mrazek projects to be on Toronto’s NHL roster, but it doesn’t seem likely the team will want to run with him as their No. 1 guy.

Marc-Andre Fleury spent time with two teams this past season, starting the year in Chicago before a deadline move to Minnesota. He’s a proven playoff veteran with 167 career playoff games, and is just one year removed from winning the Vezina Trophy in 2020-21.

At age 37, there are question marks about his longevity, but he hasn’t quite fallen off a cliff yet. If he’s simply looking for playing opportunity without breaking the bank, Fleury would make a lot of sense for the Leafs on a short-term deal.

Wouldn’t it be kinda funny if the Leafs decided they couldn’t pay Campbell, but ended up with the starting goalie of a team in the Stanley Cup Final?

Darcy Kuemper toiled around the NHL for three different teams before finding himself on one of the league’s best teams this past season when he was traded at last year’s draft. It’d be hard to imagine Colorado parts with their starting goalie coming off a Final appearance, but sometimes the realities of NHL free agency dictate otherwise.

Ville Husso had played just 17 NHL games coming into this past season, but looked every bit like he belonged in his 40 appearances for the Blues.

With Jordan Binnington signed for five more seasons at a cap hit of $6 million per year, it doesn’t seem like there will be much opportunity for Husso to land the starter’s job there. But should he hit the market, Husso could be a great bet in searching for the next Jack Campbell-like player with a late 20s career outburst into a No.1 option.

Eric Comrie has had quite the odd path to the NHL after being a second-round selection by the Winnipeg Jets back in 2013.

He’s had four separate stints with the team, also flipping around Arizona, Detroit, and New Jersey’s organizations while being a consistent presence on the waiver wire.

This past season, he got his first real look at extended NHL action with the Jets, putting up a very respectable .920 save percentage in 19 games.

Should the marriage between Comrie and the Jets finally end, he’s performed solidly in his brief NHL tenure to earn another top-level contract.

Since leaving the Washington Capitals in 2020, Braden Holtby has probably learned that the grass isn’t always greener on the other side.

His two-year, $8 million deal with the Canucks was bought out after one season, before signing on a one-year deal with Dallas this past year. But after playing in a starting role since 2013-14, Holtby has yet to play 25 games in each of the past two seasons.

Trusting Holtby with a full starter’s workload doesn’t seem like a likely bet, but perhaps he’d work as a cheap tandem option should the Leafs go that route.

In case you ever thought the Leafs had a shortage of local players coming through the last few seasons, Brampton native Scott Wedgewood could fill that role.

Having played through seven NHL organizations (some at the AHL level) in his career since being drafted by the New Jersey Devils back in 2010, Wedgewood is the definition of a journeyman goalie. With a career .906 SV%, he’s performed just about at a league average level despite not always having consistency in his workplace through the years.

He’s not a flashy name by any means, but comes with a little bit of NHL experience and a likely cheap price tag. He posted good numbers last season, with a .911 save percentage in 26 games for Arizona before an eight-game stint with Dallas after the Stars traded for him.