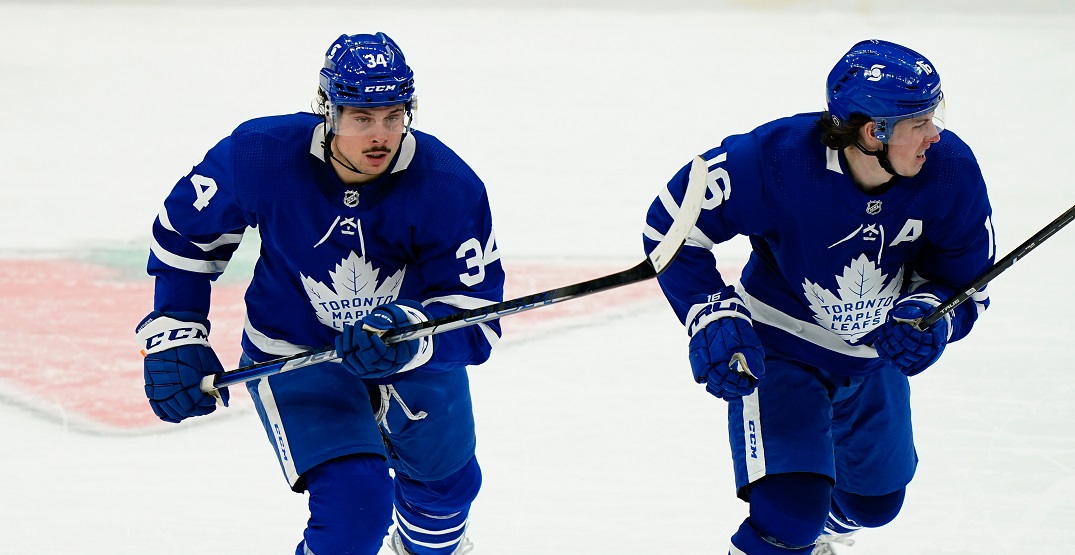 The Amazon Prime all-access series All or Nothing: Toronto Maple Leafs has officially been released.

The five-episode series launched today on Amazon, documenting behind the scenes access to the Toronto Maple Leafs’ 2021 season.

The Leafs ultimately didn’t have their intended goal for the season come to fruition, as the team fell in the first round of the playoffs to the Montreal Canadiens.

But the show’s creators think it’ll still be a great watch for anyone interested.

“This is a series for sports fans,” NHL chief content officer and series executive producer Steve Mayer said in an interview with Daily Hive.

“I’m a huge sports fan, and [it’s cool for other fans] just to see the inner workings of the team and go places that you’re not normally able to go in and a year where nobody was able to go. Everybody, unfortunately, had to watch all this from home, so we were really focused on how to tell the story to show things that no one got to see.”

We’ve already covered a few storylines from the series, including Leafs’ GM Kyle Dubas asking “Why are we getting fucked?” about the team’s games against Vancouver being rescheduled following the Canucks’ COVID-19 outbreak.

The Leafs’ season kicks off on October 13 against the Montreal Canadiens.