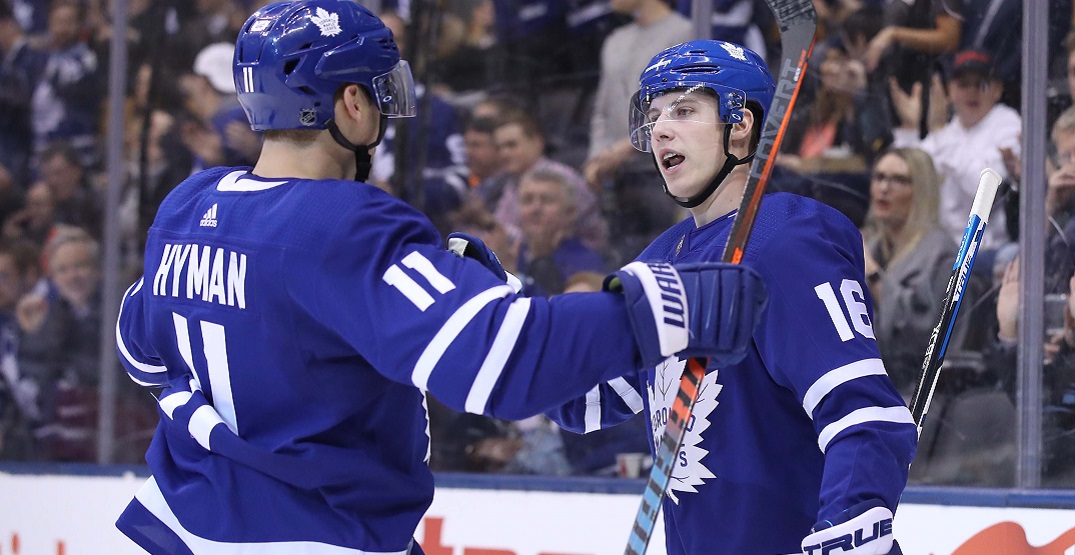 A select group of Toronto Maple Leafs players talk about the cup each day: the coffee cup, that is.

In what’s become known as the “Coffee Gang,” certain Leafs players have been experimenting with different methods of getting their coffee when at home and travelling on the road.

The fourth episode of the new Amazon Prime Video series All or Nothing: Toronto Maple Leafs, which launches October 1, showcases the team’s love for a good cup of joe.

The “gang” even has a name for their pop-up shop: Cafe Med-3.

“It’s just our third medical trunk that we stored a few coffee supplies in,” said Paul Ayotte, Leafs therapist. “It started with the French press and the kettle, we added the AeroPress, the V60, and now we have a trunk that carries all the goods.”

Ayotte and assistant therapist Jon Geller are in charge of the supplies, which Ayotte says was born out of not always being able to find a “good cup of coffee on the road.” But not everyone on the Leafs is a fan.

“It’s a full circus,” Morgan Rielly said. “We’ve got a travelling trunk that guys just have to lug around on the road and it’s just full of coffee beans. It’s insane to me. But, I love Paul and Jon… who are the leaders of that shit.”

Some Leafs have been a bit more measured in their talk of their teammates’ coffee choices.

“It seems a little intense for me,” goaltender Jack Campbell said. “I stay out. I just grab a cup of Timmies out in the lounge.”

Zach Hyman went into detail about the Coffee Gang in an interview for the series, as he considered himself one of the leaders.

“Me and [Mitch Marner] kind of learned how to make coffee at the same time,” the former Leafs forward said. “I take the kettle and I use the pour-over method. Mitchy does the AeroPress.”

Trade deadline acquisition Nick Foligno said he immediately connected with Ayotte and Geller after being traded from Columbus.

“I might have jumped the line because I bought them some really nice beans, and won them over,” Foligno said. “I just like to rub it in to [defenceman Zach Bogosian] that I got a cup before he did. Bogosian’s trying to get in the gang, but I don’t know if they’re going to let him.”

“He paid his way into it! That’s bullshit!” Bogosian replied.

Oddly, all three of Hyman, Bogosian, and Foligno are now no longer with the Leafs. It’d be too easy to assume it had something to do with their coffee choices…