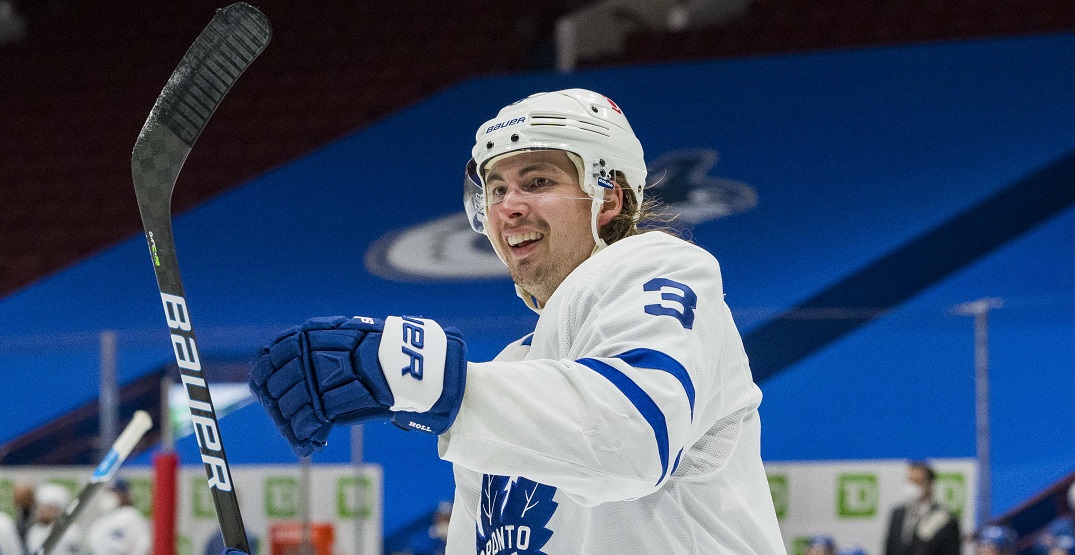 Toronto Maple Leafs defenceman Justin Holl might be one of the NHL’s better cases for being a late bloomer — but he’s making his mark as an early riser as well.

“I usually wake up naturally at like, 7:13,” Holl said in an interview with Daily Hive. “I’ve completely lost the ability to sleep in. I wake up early consistently whether it’s offseason or regular season… I’m usually up before [my 7:30 alarm].”

At age 29, Holl is just 136 games into his NHL career, despite having spent parts of the last four seasons with the Leafs’ roster. Being a press box regular under former head coach Mike Babcock, Holl has played 68 (out of 82) and 55 (out of 56) games each of the last two seasons.

Holl’s got much to be proud about in terms of his personal growth.

He didn’t crack the NHL until the day after his 26th birthday, and is now in the second season of a three-year, $6 million contract in a top-four role amongst one of the league’s highest-profile teams.

“Getting my foot in the door and trying to establish myself as an NHL regular has been something that has been a positive for me, in the last couple of years,” Holl said.

It’s a rare spot where he’s team’s third-oldest defenceman, but actually has 72 games played less than a player like Travis Dermott, five years younger than Holl.

“Every game is a learning experience for me,” Holl said. “You just try to learn where you can and apply the next game.”

Holl’s one of many Leafs featured in the all-access series All or Nothing: Toronto Maple Leafs, which comes out October 1 on Amazon Prime Video.

“The personal connection and the communication on and off the ice is very important,” Holl said in the show’s third episode while golfing in defensive partner Jake Muzzin’s backyard.

Playing the majority of the season next to Muzzin, Holl averaged 21 minutes of ice time per night last season, the highest mark of his career. It’s hard to argue against the importance of the Leafs internally developing players like Holl, who was 24-years-old with no NHL experience when Toronto signed him back in 2016.

But of course, there’s few feel-good stories in Leafsland anymore. After a fifth consecutive postseason where there’s been a failure for the team to advance past the first round of  the playoffs, the expectations for this year’s squad have never been higher.

“Team wise, we wish we could have done more in playoffs [this past season], obviously,” Holl said.

Holl said the day after the Game 7 loss to Montreal “hurt” and that the Leafs “never want to feel that again.”

“Mostly [losing] was just embarrassing,” Holl said. “[The next day] I was kind of feeling shame, in a way, just because we had such a great team. We were the number one team [in the North Division]. We expect a lot out of ourselves. You never want to be a loser.”

Holl said his own offseason was highlighted by “playing a lot of tennis”, a wedding for former teammate Connor Brown, and his own honeymoon with his wife Audrey — two years after their wedding — to Kenya and Tanzania.

“We did some safari and stuff like that so that was a great experience,” Holl said.

For now, it’s go-time in what could be the biggest season of Holl’s career yet. Part of the Leafs — and Holl’s — effectiveness last season came from familiarity with their opponents, having played the six other Canadian teams either nine or 10 times.

“In a regular year like we’ll have this year, you don’t have that luxury,” Holl said. “Just because you don’t see a lot of the teams that many times. It’s definitely an adjustment and to something you got to maybe watch a little bit more film or look at their systems and prepare a little more off the ice.”

The Leafs kick off their regular season October 13 with a rematch against the Canadiens.