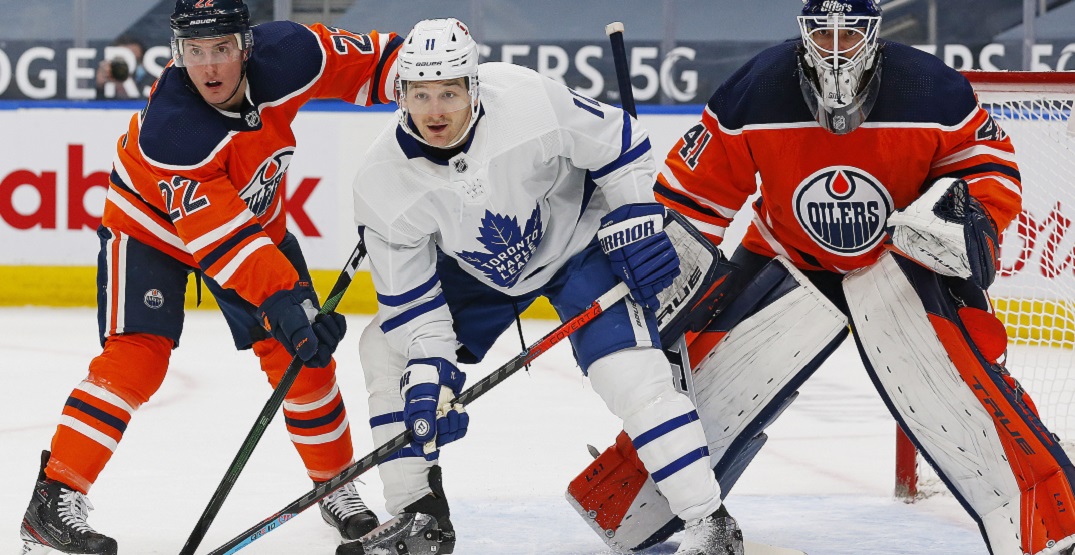 Zach Hyman is set to officially join the Edmonton Oilers later today and end his tenure with the Toronto Maple Leafs.

TSN’s Darren Dreger reported on Wednesday morning that Hyman would be signing a seven-year deal worth an annual average value of $5.5 million, for a total of $38.5 million over the course of the contract.

Hyman signing in Edmonton will be 7 years, $5.5 mil aav. Some bonus structure included. No move clause for first 5 years and modified no move in last two years.

The move is not exactly surprising, as it has been in the works for a while. It was initially reported that Hyman could have been part of a sign-and-trade to get an eight-year deal, but it appears those discussions have fallen through.

Initially drafted by Florida, Hyman was acquired by the Leafs as part of a one-for-one deal for Greg McKegg back in 2015. In his 345 NHL games, all with the Leafs, Hyman put up 86 goals and 99 assists for a total of 185 points. Hyman played all throughout the Leafs lineup during his time in Toronto but found himself paired this past season on the team’s top line with Mitch Marner and Auston Matthews for the vast majority of his shifts.

Hyman’s departure is a gutting one for Leafs fans, as the Toronto native grew to become a fan favourite during his time with the organization.  A children’s book author and one of the most visible members of the team in community efforts, Hyman’s impact on and off the ice will be missed by many.