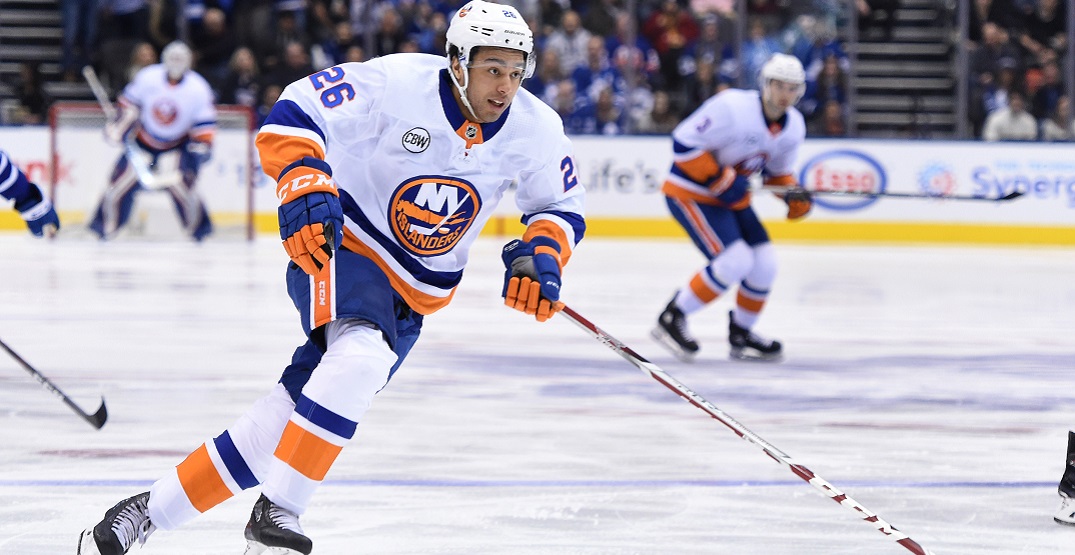 Joshua Ho-Sang could be the latest in a list of players set to revive their career with the Toronto Maple Leafs organization.

The Fourth Period Editor-in-Chief David Pagnotta reported Tuesday that Ho-Sang is looking to return to North America, and the Leafs are a team to “keep an eye on.”

Josh Ho-Sang is going to get a fresh start this summer as he looks to get back to the NHL. Keep an eye on the Toronto Maple Leafs; likely a two-way contract when completed.

Ho-Sang, who was taken by the New York Islanders in the first round back in 2014, has played just 53 games at the NHL level. Ho-Sang spent last season split between Orebro and Linkopings in Sweden, picking up two goals and one assist in nine games. Orebro released Ho-Sang after just five games, citing a lack of fitness.

Ho-Sang was born in Toronto and spent time with both Windsor and Niagara in the OHL before turning pro.

In 178 AHL games spread across four seasons with the Brideport Sound Tigers, Ho-Sang has put up 30 goals and 93 assists for a total of 123 points.

If the move does go through, a path to success for Ho-Sang with the Leafs could be similar to that of former Montreal Canadiens first-round pick Alex Galchenyuk.

After being placed on waivers from the Carolina Hurricanes shortly following a trade with the Ottawa Senators, Galchenyuk put up eight points in six games for the AHL’s Toronto Marlies before being called up to the Leafs.

Finding his groove as the year went along, Galchenyuk ended up fifth on the Leafs’ playoff scoring table, putting up a goal and three assists in his six games.