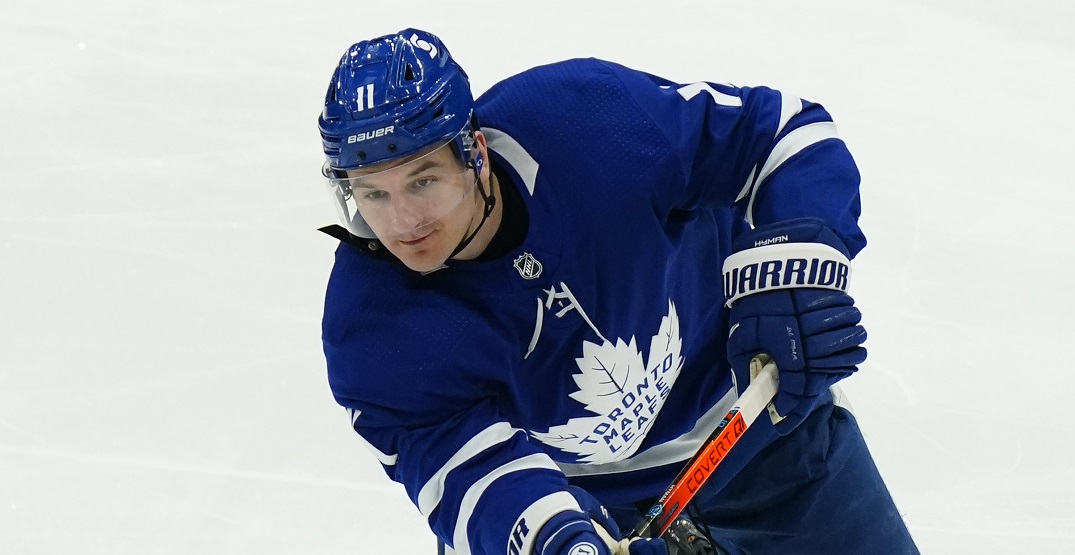 It looks like Zach Hyman might be spending his future on Connor McDavid’s wing as the newest member of the Edmonton Oilers.

Though nothing is confirmed, Bally Sports’ Andy Strickland says that Hyman has actually agreed to two different contract structures with the Oilers — both a seven- and an eight-year deal with an annual average value around $5 million on both deals.

Can confirm the Edmonton #Oilers have both 7 and 8 year contracts agreed to with Zach Hyman. EDM and TOR are working to execute a sign & trade which will pay Hyman 8 yrs. at around $5M. Salary comes in higher in middle of contract and includes some no move protection. #Leafs

The eight-year contract would technically be signed with the Leafs first, who would then flip Hyman’s rights to Edmonton. Unrestricted free agents are allowed a maximum seven-year term under the NHL’s collective bargaining agreement but can add an eighth year if signed with the team they last played for.

If the eight-year deal does happen, it could be announced today, per Sportsnet’s Elliotte Friedman.

and then there’s Zach Hyman. If TOR desires a draft pick, could be done today at 8 years. If not, 7 years when free agency opens. Either way, should come in around $40M….

Gauging the market value for a sign-and-trade is tough: there hasn’t been one in over 15 years in the NHL.

The most recent instance occurred when Senators forward Marian Hossa signed a three-year deal, then was flipped from Ottawa to Atlanta for Dany Heatley way back in 2005.

Hyman was reportedly in Edmonton yesterday to chat with the Oilers about potential contract structures.

On the back end, Oilers GM Ken Holland has already had an eventful offseason. Holland has drawn criticism from Oilers fans for his moves to date, after losing defenceman Adam Larsson to Seattle and trading young defenceman Caleb Jones to Chicago for 38-year-old Duncan Keith.

For the Oilers, Hyman fills the need for a top-six forward, but the extended term gives many pause. Already at age 29, Hyman has a career-high of just 41 points.