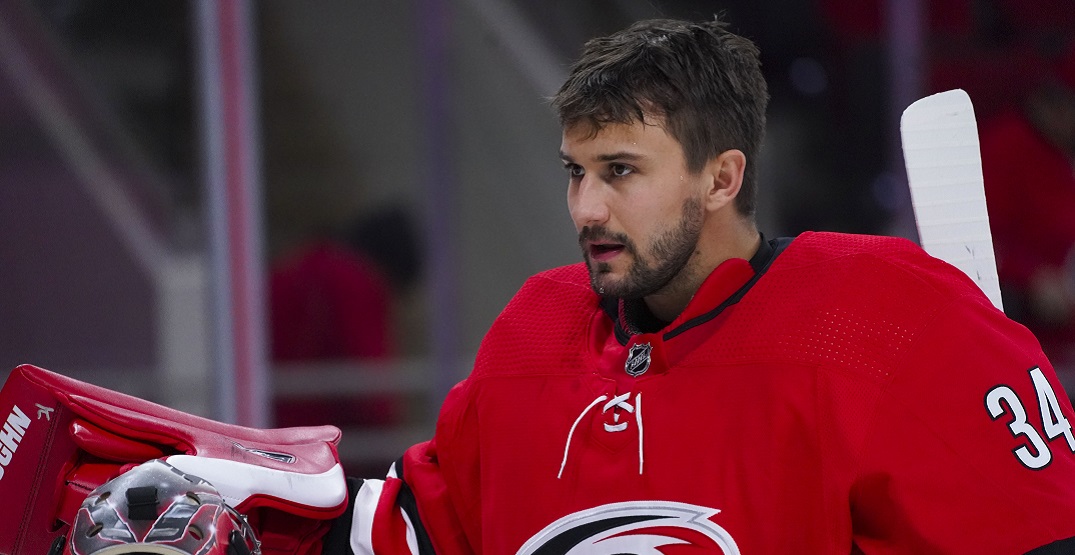 The team officially announced the deal on Wednesday afternoon.

The initial reports of the signing, via Frank Seravalli, came less than an hour after news broke that goalie Frederik Andersen would be signing in Carolina.

Mrazek was originally drafted by Detroit in the fifth round back in 2010 and has played 275 career games between the Red Wings, Philadelphia Flyers, and Carolina Hurricanes.

Mrazek actually has a pretty funny tie to the Leafs: he was one of two Hurricanes goaltenders injured in the infamous “Zamboni Driver” game where emergency goaltender David Ayres played 29 minutes of relief in a 6-3 victory over Toronto back in February 2020.