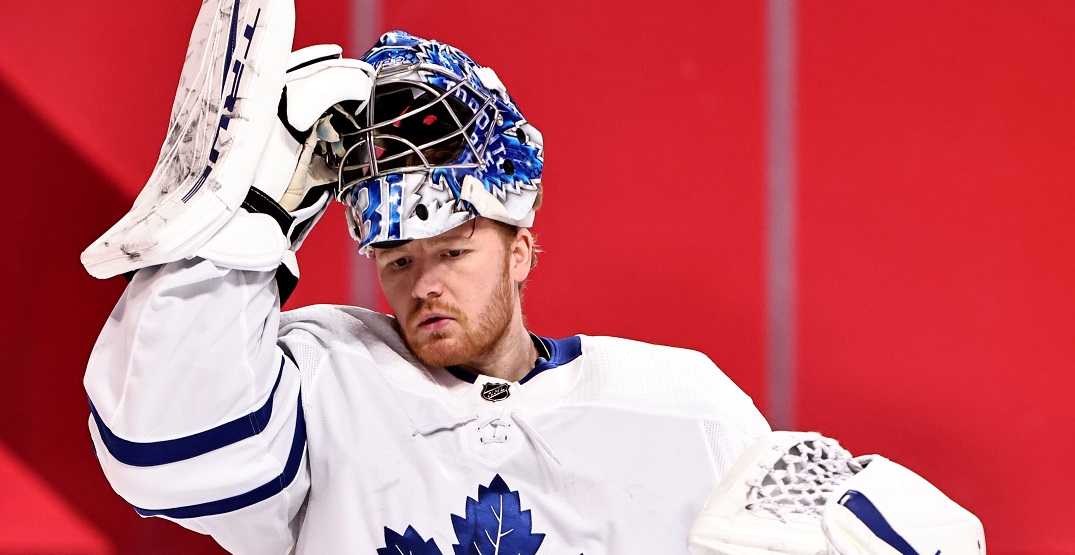 Frederik Andersen will be leaving the Leafs in free agency and returning to the Carolina Hurricanes organization.

TSN and The Athletic Insider Pierre LeBrun reported that “all signs point to” Andersen going to Carolina on a contract on Wednesday morning.

All signs point to Freddy Andersen signing with the Carolina Hurricanes when the market opens. @TSNHockey @TheAthletic

Speculated terms of the deal were not yet available, but it’s likely to be a relatively short-term deal.

Andersen struggled mightily this season while dealing with an undisclosed set of injuries, putting up a save percentage of .895 in just 24 games. Andersen saw Jack Campbell take his starting spot and wasn’t able to reclaim it as he was on and off of the injured list throughout the year.

Andersen was initially drafted by the Hurricanes in the seventh round back in 2010, but he was never signed and re-entered the draft two years later, where the Anaheim Ducks picked him in the third round.

Andersen played for Anaheim before being traded to Toronto in June 2016 for a first and a second round pick.