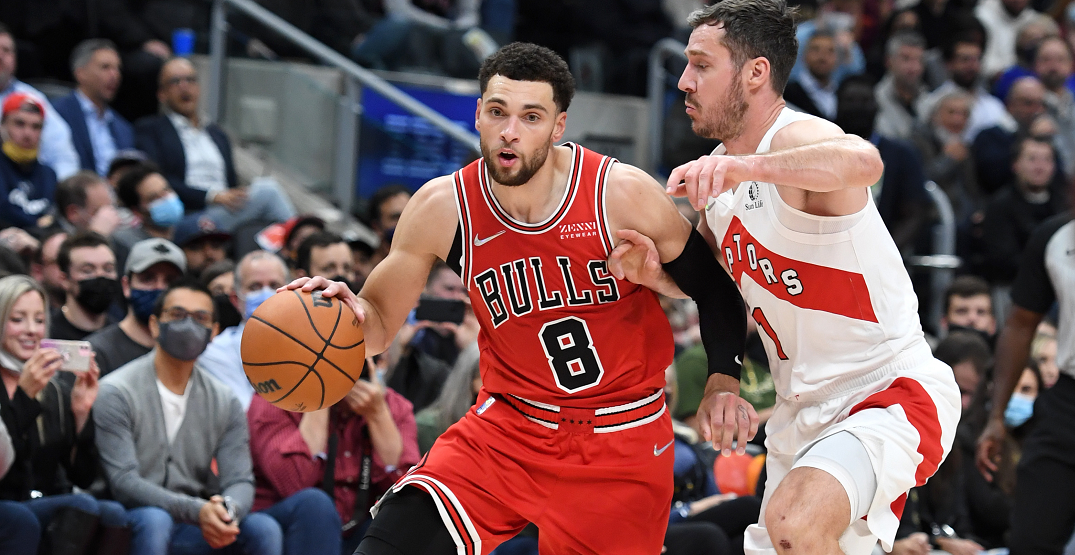 Goran Dragic is heading to the Chicago Bulls.

After a season that saw him play for the Toronto Raptors and Brooklyn Nets, Dragic has signed with the Bulls, according to Shams Charania of the Athletic.

Dragic is signing a one-year, $2.9M deal with the Bulls, sources said. https://t.co/f6VK9np1cf

Charania added the terms of the deal: one-year, $2.9 million.

For better or for worse, Dragic will always be a part of Toronto Raptors lore.

He originally came over from the Miami Heat (along with Precious Achiuwa) as part of the Kyle Lowry sign-and-trade, but ruffled feathers early on where a translated Slovenian interview stated that both Dragic had “higher ambitions” than the Raptors and that they were not his “preferred destination”.

He’d play just five games for the Raptors, eventually taking a personal leave from the team in late November. On his leave, he headed back to his home country of Slovenia, while also being spotted in and around his old stomping grounds in Miami.

Eventually, he was shipped out of town to San Antonio for Thaddeus Young, who recently re-signed with the Raptors on a two-year deal.

Dragic was bought out by the Spurs, signed with Brooklyn, and then relentlessly booed in his return to Toronto. When Dragic was swept out of the playoffs, Raptors fans were quick to troll him, but he returned the favour when Toronto was eliminated by the 76ers.

In Chicago, he’ll get to play with former Raptors legend DeMar DeRozan, who put up arguably his best season yet after signing a three-year deal with the Bulls last summer. It’s never a dull day in the NBA, with Dragic set to likely make two trips to Toronto this upcoming season.