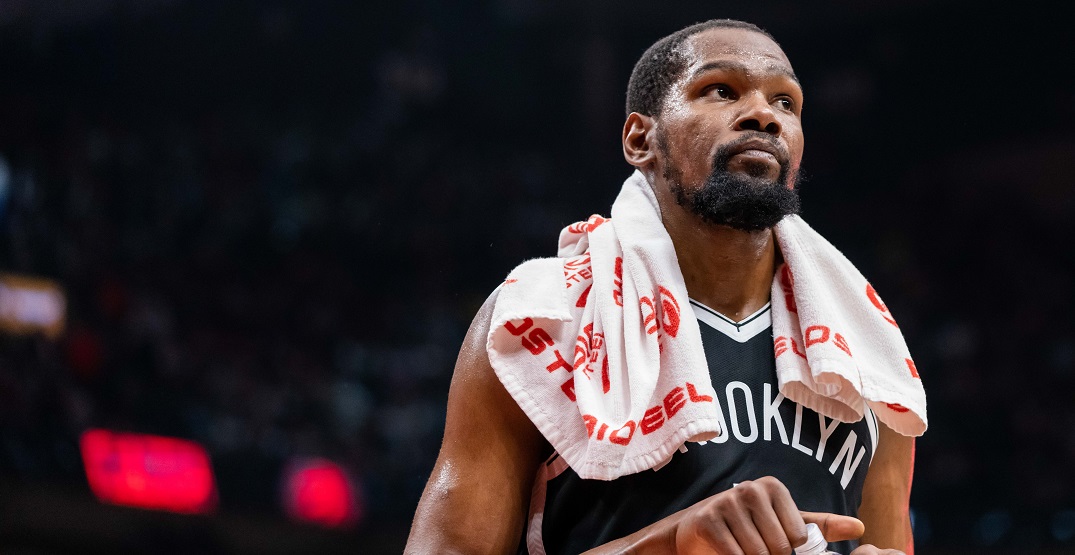 The odds just might swing in the Toronto Raptors’ favour as they lurk for Kevin Durant.

ESPN’s Adrian Wojnarowski said on Friday that the Raptors were a team that was “lurking” in the sweepstakes for the Brooklyn Nets star.

Woj says the Raptors are lurking in the KD talks pic.twitter.com/qgW7DdePO9

“[The Raptors] have all the kinds of pieces that you would want,” Wojnarowski said on yesterday’s edition of NBA Today on ESPN.

If you check the odds, well, Toronto is second (behind the Phoenix Suns) as to where the sportsbook thinks he’ll play next season.

How did we get here?

Fans have been all over the idea for over a week, but the Durant rumours come as the result of a disastrous Nets season where they went from title favourites to not even winning a single playoff game.

Mix in Kyrie Irving’s part-time availability due to his refusal to get the COVID-19 vaccine, the James Harden-Ben Simmons swap that resulted in Simmons still not yet suiting up for the Nets due to a host of injuries and undisclosed off-court issues, and it’s not really all that surprising that Durant is looking for a change of scenery.

And once KD reportedly put in the trade request out of Brooklyn on Thursday? Well, fire up those rumours.

Sportsnet’s Michael Grange says the Raptors have “remained fixed on keeping rookie of the year Scottie Barnes out of any package they are offering”. If not Barnes, it’s likely that Toronto would need to send two of OG Anunoby, Gary Trent Jr., and yes, maybe even Pascal Siakam or Fred VanVleet will be headed the other way simply to match the $44 million cap hit Durant has for next season.

At age 33, the 12-time All-Star Durant carries a $189 million deal over the next four seasons.

In theory, 29 teams would like to get their hands on the future Hall of Famer, should the Brooklyn Nets part ways with him.

In reality, only a few teams have the means to do so. Here are the top ten teams where Durant plays his first game next season (with Brooklyn meaning he’s still on the roster for opening night), via DraftKings:

The full odds are below: 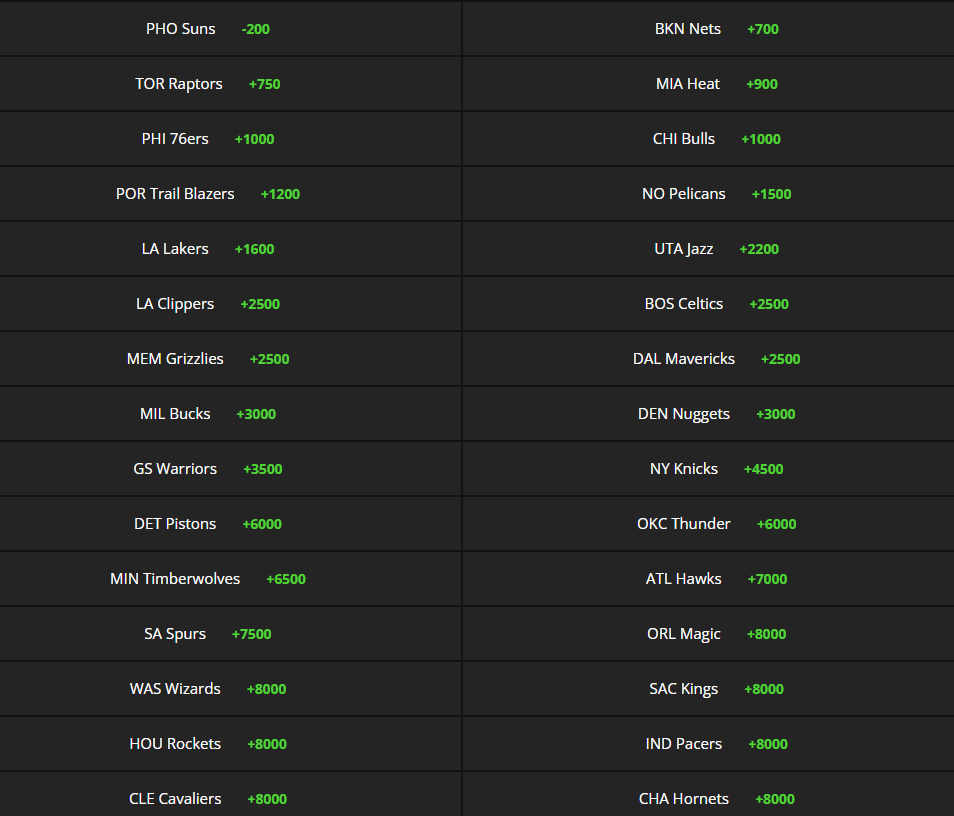 Buckle up, everyone! And keep your arms and legs inside of the NBA trade machine at all times.