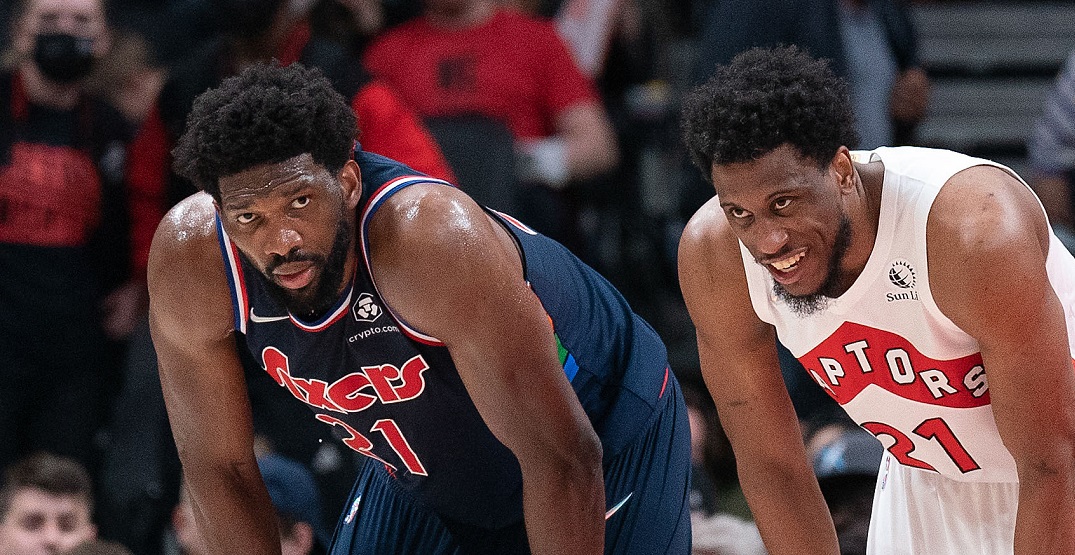 The 34-year-old Thad Young is reportedly returning to the Toronto Raptors.

Free agent forward Thaddeus Young has reached an agreement with the Toronto Raptors on a two-year, $16 million deal with the addition of performance incentives, his agents Jim Tanner and Max Wiepking of @_tandemse tell @YahooSports.

Per Yahoo’s Chris Haynes, the versatile forward Young is set to sign a two-year, $16-million deal officially next week.

Young averaged 6.3 points, 4.4 rebounds and 1.7 assists in 26 games for the Raptors. Young averaged a hair over 18 minutes a game in Toronto, serving as the eighth or ninth player in Toronto’s rotation most games.

Young was initially acquired on trade deadline day as part of a package that included Goran Dragic and the Raptors’ first-round pick, in exchange for San Antonio’s second round pick and the since-waived Drew Eubanks.

An NBA veteran of 15 seasons, Young actually served as OG Anunoby’s coach on his AAU team. Young credited Anunoby as the first text message he received following the trade.

“It was weird,” Anunoby joked at his end of season presser of having Young as a teammate, but it’s clear the two continued their friendship while playing together in Toronto.

He seemed to earn the trust of his other teammates, too. After a big dunk against the Minnesota Timberwolves late in the season, Nick Nurse joked that the team was calling him Thad “Young Legs”.

At the very least, Young provides a solid veteran presence on a team that’s known for its youth.