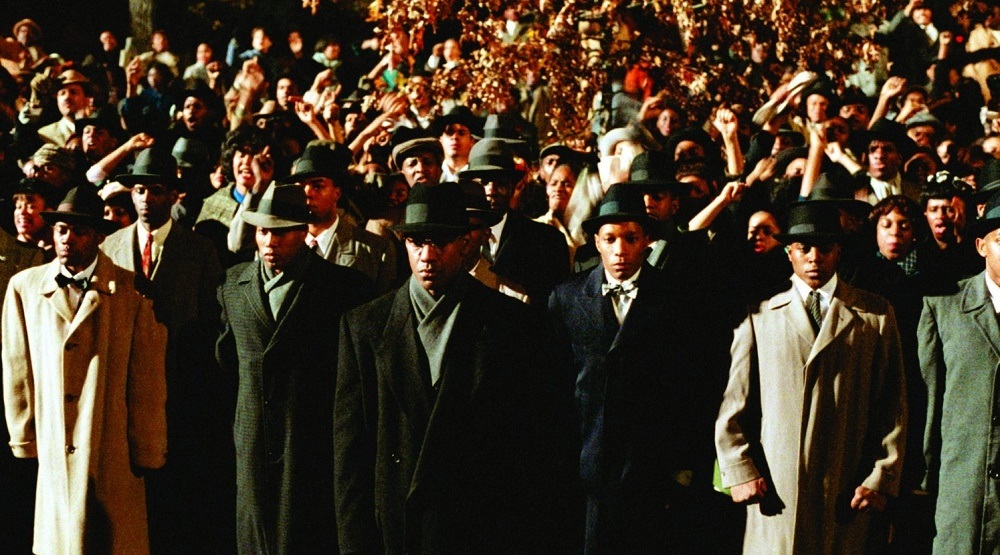 It’s February 1 which means it is officially Black History Month.

Toronto is one of the most diverse cities in the world, so you know that there is no shortage of events celebrating the contributions Black Canadians have made to this country.

From panel talks to dance parties, here is a round-up of the Black History Month 2017 events you should keep on your radar.

Starting at 7 pm at the Toronto Reference Library, this panel talk will cover the achievements of Toronto’s Black communities, the Black Lives Matter movement, and race relations in Canada. Featuring journalist Desmond Cole, civil rights lawyer and activist Anthony Morgan, and Black Lives Matter representative Melissa Robbyn-Giselle Theodore, this is sure to be a thought-provoking and informative discussion. If you can’t make it tonight, don’t worry – the Toronto Public Library is hosting tons of events all month long.

Every weekend during the month of February, you can learn about the history of Black Canadians in Toronto and Ontario at Mackenzie House. Family friendly activities include creating a souvenir Victorian era newspaper just like Mary Ann Shadd Cary, the first Black woman publisher in North America.

This is Toronto’s longest-running celebration of Black History Month and the 2017 line-up does not disappoint. It’s all going down at Harbourfront Centre where over the course of two weekends, you can catch a comedy show, learn the African art of Gumboot dance, check out a mixed media art showcase, get your skate on to some soca jams, and support some homegrown Toronto musicians at the festival’s Hip Hop and Soul Showcase: Woke.

No Justice, No Peace: From Ferguson to Toronto

This photography exhibition at the Gladstone Hotel features powerful imagery from the recent protests against systemic police violence toward the black community. The opening reception for the exhibit is happening on February 2 at 7 pm and there is an artist talk on February 12 at 12 pm in the Gladstone Ballroom. However, if you can’t make those events, you can still check out the photos until the 26 in the Gladstone’s second-floor gallery.

The ROM’s Friday Night Live is back and they’re celebrating Black History Month the only way they know how – with killer music, food, and of course, cool exhibitions. Naturally, you can expect plenty of reggae, soul, R&B, and hip-hop tunes, but if you need a break from the dance floor, there will also be contemporary African fashion design on display. And bring your appetite – food options include Zimbabwean style pies from Mnandi Pies and Jamaican-Chinese fusion from Patois. Early bird tickets for Afro Fête are sold out but they will be selling tickets at the door starting at 7 pm Space is limited so plan to get there early.

Toronto rapper Kardinal Offishall, in partnership with TIFF, is presenting two screenings of Spike Lee classics at the TIFF Bell Lightbox for Black History Month – Malcolm X on February 4 and Do The Right Thing on February 10. The intro and post-film discussion will go over the themes and issues in the films and explore how they still resonate today.

Black Canadian Trailblazers – Then and Now

It’s one thing to read about history in textbooks; it’s another to hear it straight from the mouths of those making it. This event by Historica Canada features a who’s who of notable Black Canadians, including opera singer Measha Brueggergosman and CBC reporter Dwight Drummond.

“Nyam” means to eat something in West African Wolof and Jamaican Patois, so you can be sure you won’t leave hungry from this event. Chef Teneile Warren pays homage to her Black food history with a three-course meal that features a delicious mix of African, Jamaican, and Canadian dishes. Tickets are $33 a person and need to be purchased in advance.

She’s the new face of the Canadian $10 bill but how much do you really know about Nova Scotia businesswoman Viola Desmond? Fortunately, speaker Andrea Scott will be sharing her story at the Danforth/Coxwell library in a one-hour lecture.

Cinephiles – this event is for you. Now in its fifth year, the Toronto Black Film Festival will be showcasing 40 films from 20 countries. Aside from the many many screenings you can attend (mostly at Carlton Cinema and the AGO), the festival and will also have a master class with Emmy and Gemini award winning filmmakers and a workshop on how to make a web series.

“Do Black Lives Matter today?” This is the question the theatre project Black Lives, Black Words hopes to address in the form of ten-minute plays written by local black playwrights. Exploring the complicated experience of the Black Diaspora, the project has been performed in Chicago, Minneapolis, and London, UK and you can now see the Toronto version at Buddies in Bad Times Theatre.