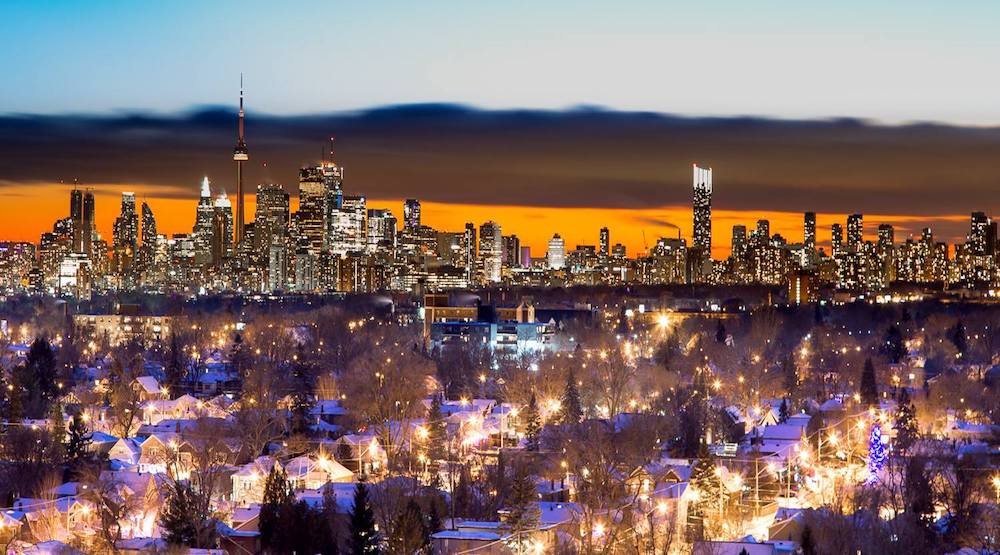 Here are the best events taking place in Toronto this February. From concerts and art shows to food and drink festivals, February is looking like one busy month.

What: Torontonians are invited to come and experience a series of mouthwatering culinary events and indulge in creative cuisine from around the world at great prix fixe value. Try something new, try something exotic, try something traditional or better yet, try it all.

When: Now until February 9
Where: Events throughout the city

What: Alright you dancing queens, Abba Mania will be hitting up the Danforth Music Hall for a night you surely won’t forget. The concert is a Canadian produced rock musical which takes you back to the disco era of one of the best pop bands in history, ABBA.

When: February 2, 7 pm
Where: The Danforth Music Hall, 147 Danforth Avenue

What: An unparalleled evening filled with entertainment, networking and socializing with proceeds going to support the Special Olympics Canada Foundation, Motion Ball is the must-attend event for young professionals this winter.

What: Canada’s premier rock band Blue Rodeo will be hitting the stage of Massey Hall with special guests Ron Hawkins and The Do Good Assassins.

What: For over 20 years, Harbourfront Centre has been hosting Kuumba, a Black History Month celebration, has sparked discourse and conversation around current and historical debates within the African-Canadian community.

What: Come and celebrate the birth and the music of the one and only Gord Downie. Toronto’s Adelaide Hall will be hosting an epic celebration and will feature music from The Hip with proceeds from ticket sales going to support the Gord Downie Fund for Brain Cancer Research and the Gord Downie & Chanie Wenjack Fund.

What: TSO’s annual Chinese New Year celebration will be paying tribute to the year of the Rooster this February. Long Yu, artistic director of the China Philharmonic Orchestra and music director of the Shanghai Symphony Orchestra will be leading the show.

What: The Red Hot Chilli peppers are heading out for a huge world tour, making this their first road trip since 2014. This tour will be supporting their latest album “The Getaway” and it’s a show you won’t want to miss.

What: Put on your white flares and dust off that glitter ball because Saturday Night Fever is back. This new production transports you back to the glittering era of disco and features all of the classic Bee Gees hits.

What: Switchfoot will be performing their new album “Where The Light Shines Through” alongside Relient K at The Phoenix Concert Theatre.

What: This marks the 17th annual Wavelength Music Festival, which features three whirlwind nights of amazing music, community vibes, and a live curated mixtape of the best NEW independent music coming out of Canada.

What: From enduring practices to new forms of expression, the Festival showcases a diverse range of photo-based works by Canadian and international artists.

When: February 9
Where: 80 Spadina Avenue

The National Symphony Orchestra of Ukraine

What: This distinguished ensemble displays its brilliance, warmth, and expressive versatility in splendid works by Tchaikovsky and Stankovych — with the excellent Ukrainian violinist Dima Tkachenko as soloist.

What: Best known for playing the role of Detective James Carter opposite Jackie Chan in the Rush Hour film series, the hilarious comedian will be gracing the stage at Toronto’s Sony Centre.

When: February 10, 8 pm to 11 pm
Where: Sony Centre for the Performing Arts, 1 Front Street East

What: The most prestigious ballet gala in the world, this performance is the first of its kind and a celebration of Classical Ballet Masterpieces. It will be performed by the world’s most accomplished artists from Paris Opera Ballet, Royal Ballet of London, The Bolshoi of Russia, The National Ballet of Canada, Rome Opera Ballet, American Ballet Theater, Royal Danish Ballet and San Francisco Ballet.

What: The delectable Dita Von Teese is in Toronto for her biggest tour yet. The Art of the Teese tour sees Dita performing some of her favorite – and never before seen – acts in a striptease spectacular that features costumes from some of the world’s most famous designers.

What: Those looking for love this Valentine’s Day, head over to The Office Pub for an evening of excitement. Pre-screened eligible singles will enjoy an evening of romance, new connections, and endless possibilities. The night will start with an icebreaker game, followed by Speed Dating and end with socializing over cocktails.

What: Cabaret is based on writer Christopher Isherwood’s time in the bohemian clubs of Berlin in the early 1930s. With decadence and sexual exploration being the first orders of business, Cabaret tells the story of a daring femme fatale in training and her shy new roommate.

What: This is the Trainwreck star’s postponed standup show, after canceling her Canadian tour stops this November. Make sure to grab your tickets fast, as this event is expected to sell out.

What: America’s premier comedian Jerry Seinfeld will return to Toronto to perform his signature stand-up routine live at the Sony Centre for the Performing Arts. Don’t miss your chance to see this comedy legend perform.

What: Experience the Total Automotive Experience with over 600,000 square feet of dazzling displays, big prize giveaways, and engaging exhibits.

When: February 17 to 26
Where: Metro Toronto Convention Centre

When: February 17 to 19
Where: Venues throughout the city

What: Colin is a Canadian blues and rock legend and will be playing at the legendary Massey Hall this month. This is a performance you won’t want to miss.

What: Canada’s longest-running new works festival returns for a 37th year. For two weeks, Buddies is transformed into a hotbed of experimentation, with artists exploring new possibilities in theatre, dance, music, and performance art.

When: February 18 to 28
Where: Buddies in Bad Times Theatre, 12 Alexander St

What: Calling all Disney fans, one of Pixar’s most entertaining animated films ‘Ratatouille’ will be coming to Toronto as the TSO will be playing the score from the film.

What: For those tying the knot this year, The Old Mill will be opening its doors as part of its annual open house to show off the grounds and its preferred wedding vendors.

What: From collectors and curators, to gallerists and designers, visitors can explore and discover works of art from over 250 top contemporary artists from Canada and abroad.

When: February 23 to 26
Where: Better Living Center Exhibition Place

What: The Wedding Co. Market is a cozy winter marketplace for Toronto couples seeking to be inspired by local wedding industry members who are passionate about their craft and who take pride in offering exceptional service.

What: The Canadian pop-punk quartet are back on the road in support of latest album Afraid Of Heights.