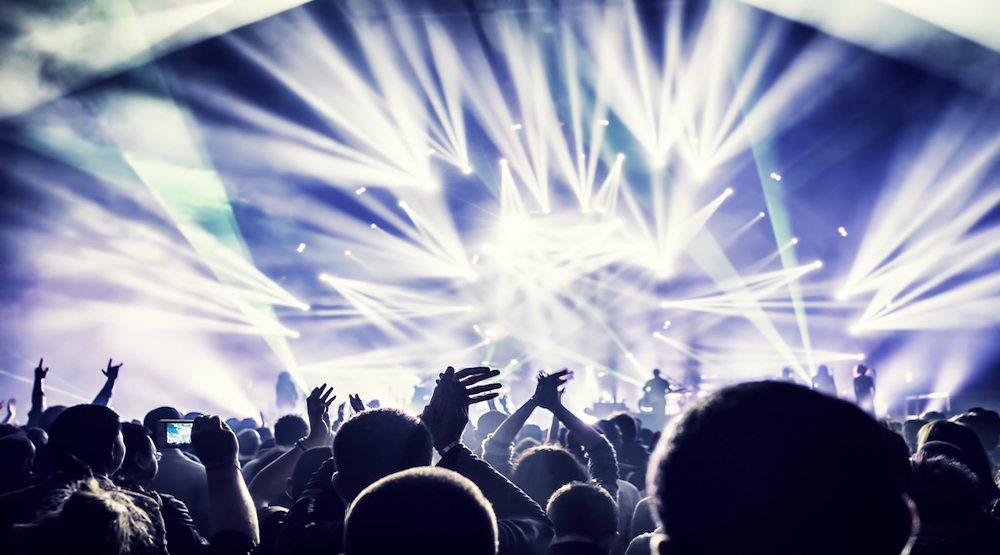 Things are starting to heat up in Toronto.

February has a stacked list of artists rolling through for concerts, and every genre is covered. From the Chili Peppers to beloved Sampha, get ready to enjoy some live music this month.

Let music be your valentine!

Just weeks after the release of AFI’s much-anticipated The Blood Album, the multiplatinum band is headlining a North American tour this month.

The Last Hero tour stops into Toronto this month, as hard rock titans Alter Bridge celebrate their return to the top ten on the Billboard charts.

Over their 30 year career, Blue Rodeo has sold more than 4 million albums, won countless Juno awards, and been inducted into the Canadian Music Hall of Fame. They’ll be hitting the stage in Toronto twice in February.

LYON’s voice is sweet, yet distinctive. The Toronto-born indie artist has released her EP “Falling Up,” and is in town for a homecoming gig.

Talib Kweli is more than just a hip hop recording artist. The Brooklyn-based musician is known for his work with Mos Def (or Yasiin Bey), Kanye West, and Pharrell Williams. This is a rare appearance by a music legend on “The 7 Tour.”

Red Hot Chili Peppers are back. On the heels of the release of their latest album The Getaway, the boys are returning to Toronto at the Air Canada Centre this week.

Léon has only released one major EP, Sleep Deprived, but the Swedish singer/songwriter has already been selling out shows in North America. Catch her in the 6ix this month.

Valerie June went from Tennessee’s best kept secret to a widely heard artist in a few short years. Her mix of banjos and R&B is a unique sound that will leave you wanting more. Aussie duo Oh Pep! are unlike most female duos these days. The girls’ sound and style mixes pop, country, folk and bluegrass, creating their own style, which is evident in their debut album Stadium Cake.

Where: The Great Hall, 1087 Queen Street West
When: Thursday, February 9 at 8 pm
Tickets: Sold out.

Where: Phoenix Concert Theatre, 410 Sherbourne Street
When: Saturday, February 11 at 7 pm
Tickets: Available online from $25 to $35. All ages

After being active in the music industry for years, Sampha is finally releasing his debut album Process next month. The South London native was first featured on SBTRKT’s album, and has since worked with everyone from Drake to Kanye. He’s in town for two back-to-back shows this month.

Where: Phoenix Concert Theatre, 410 Sherbourne Street
When: Friday, February 17 and Saturday, February 18 at 8 pm
Tickets: Available online from $39.50 to $55. All ages

Black Atlass takes his Haunted Paradise album on the road for the first time ever with a series of intimate North American live dates kicking off right here in Toronto. The Montreal-based artist is signed on Fool’s Gold Records.

American hip-hop group Run the Jewels are back in Toronto this month. The physical copy of their third album, Run the Jewels 3, was released in January, and the duo (featuring El-P and Killer Mike) are now on the road with Gaslamp Killer and Spark Master Tape.

Where: The Danforth Music Hall, 147 Danforth Avenue
When: Sunday, February 19 at 7 pm
Tickets: Sold out.

French house music producer Tchami may not be a household name, but he’s co-written one massive you’ve definitely danced to: “Turn Down for What.” Yes, the Lil Jon track. Tchami is touring his own sounds during his “Prophecy Tour.”

Where: The Danforth Music Hall, 147 Danforth Avenue
When: Saturday, February 25 at 7 pm
Tickets: Sold out.

Warner Music Canada recording artists Billy Talent are starting off their year on a high note, heading out on a coast-to-coast Canadian tour that will take them all the way across the country. They are in Toronto this month.

LA’s Virtuoso bassist and singer-songwriter Thundercat is multi-genre producer. With three albums, and a Grammy to his name, Thundercat’s talent is one that you will remember when you first hear it — especially on stage.