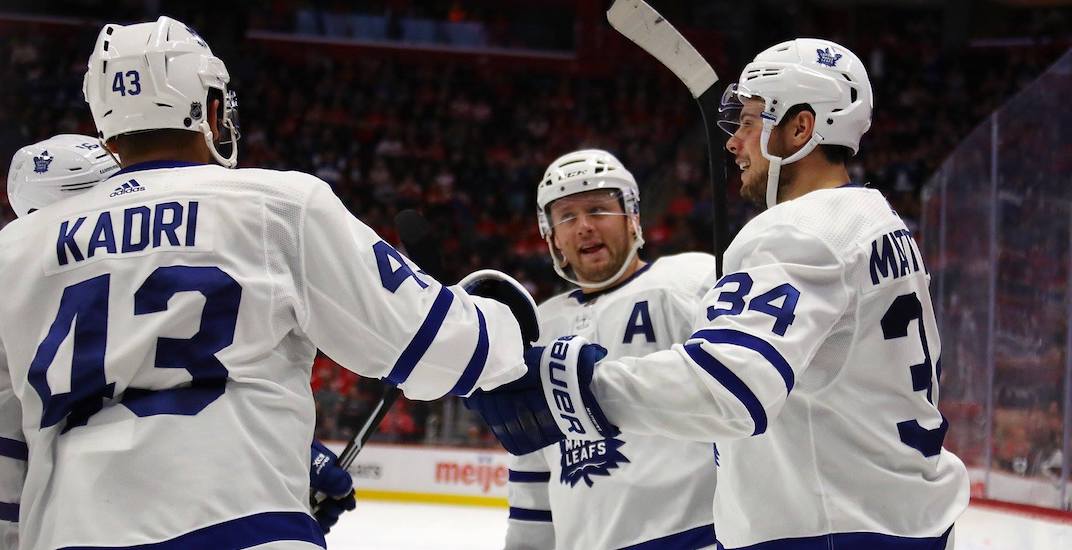 The Toronto Maple Leafs continued their assault on opposing goaltenders Thursday, putting five goals on the board for a 5-3 win in Detroit.

They’ve had an incredible start to the season.

The Leafs are averaging five goals per game through the first five games of the season, scoring at least three times in each game. Aside from a blip against the Senators, of all teams, they’ve won every time too.

As such, many Leafs players are enjoying eye-popping stat-lines.

The top-four scoring leaders in the entire NHL are all Leafs – with Auston Matthews and defenceman Morgan Rielly leading the way with 12 points each. 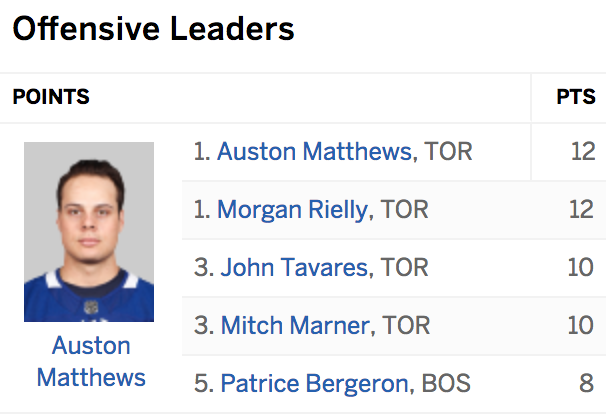 Matthews also leads the league in goals with nine, three more than second-place – teammate John Tavares. Tavares is also tied for the league-lead in plus-minus, at +5.

At the other end of the ice, goaltender Frederik Andersen is tied for the league-lead in wins, with three.

If we take a historical angle at their impressive start, their stat-lines actually look even more incredible.

Matthews became the 12th player in league history to record multiple points in each of his team’s first five games. He has two points in each game, save for the game against the Blackhawks, when he had four.

The 21-year-old superstar became the youngest player to ever achieve this, breaking a record held by Wayne Gretzky. Gretzky had multi-point games at age 22 in the 1983-84 season.

Sure, it’s an odd stat, but when you’re breaking records Gretzky set in the high-flying 80s, you’re doing something right. Gretzky, by the way, went on to score 205 points that season.

On Thursday, Matthews did his damage on the power play, scoring two goals with the man advantage.

.@AM34 was looking sharp on the power play tonight. #LeafsForever pic.twitter.com/2cnlNyqn66

The super-powerplay strikes AGAIN and the Leafs go up 4-2. Auston Matthews gets his second goal of the game, his fourth multi-goal game of the year. It is Game 5 of the season. pic.twitter.com/PR53EaPQa1

Overshadowed by Matthews is Rielly, who has matched his teammate point-for-point so far. The 24-year-old blueliner actually equalled a modern-day record set by Bobby Orr, for the most points scored by a defenceman in the first five games of the season.

The only player in league history with more points to start is Harry Cameron, who did so in 1917-18 with the Toronto Arenas.

Morgan Rielly has tied Bobby Orr for the second-most points ever by a defenseman in his team's first five games of a season:

Can the Leafs keep it going? They’ll get a stiff test in their next game on Saturday against the Stanley Cup champion Washington Capitals.