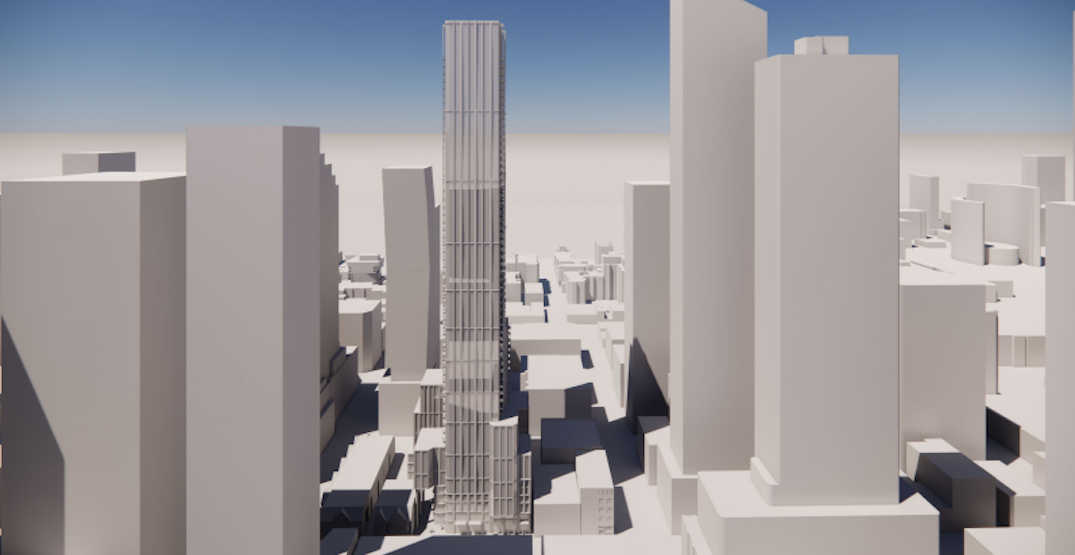 A new 60-storey build may soon tower over Toronto’s Entertainment District thanks in part to a City plan to add more affordable housing and park space to downtown.

The tower, planned for 260 Adelaide Street West, would house a whopping 848 residential units, up to 30% of which would be affordable. 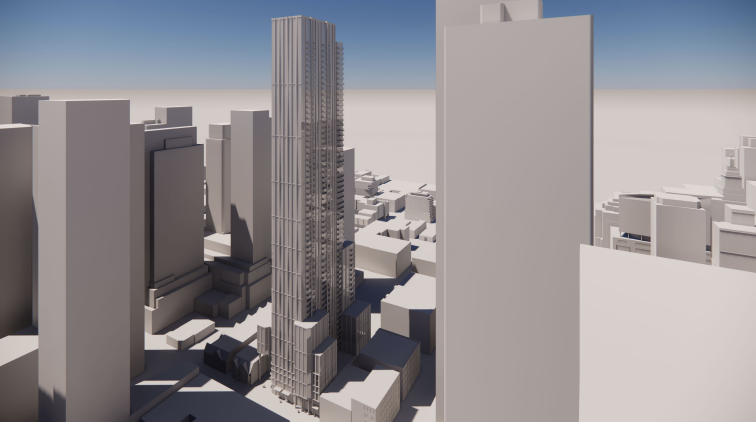 The tower would rise between Duncan and John streets, on the current site of Toronto Fire Station 332. Back in May, Toronto City Council approved a Master Plan to relocate the fire station to a new facility at Metro Hall, sell the property to a developer to build a high-rise tower, and turn the neighbouring 299 Richmond Street into a 24,000 sq ft park. 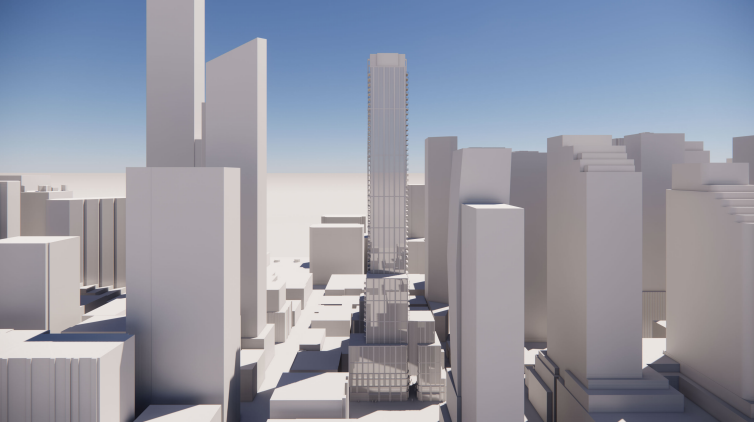 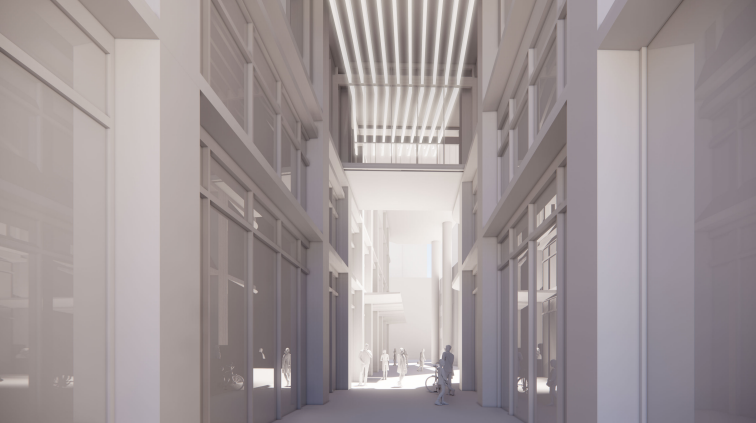 The proposed tower would not only have hundreds of residential units but also retail space on the ground floor. And on the third and ninth floors, there would be 2,100 square metres of residential amenity space, both indoors and outdoors. 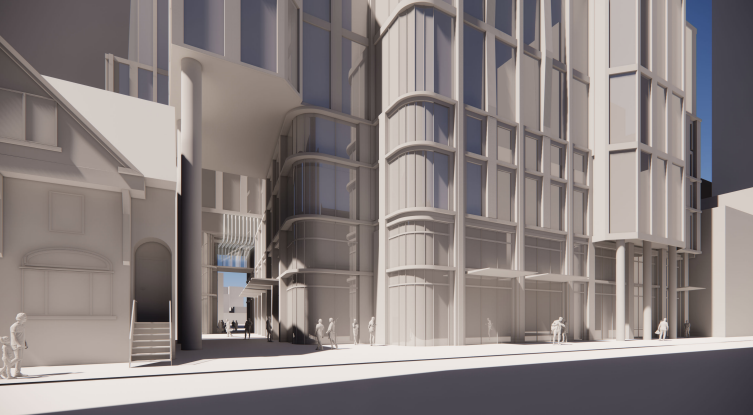 The developer, CentreCourt, has also planned for a new double-height passageway to be built across Nelson Street to connect the development to the new public park. The park will be built on the parking lot that’s currently occupied by the RendezViews patio. 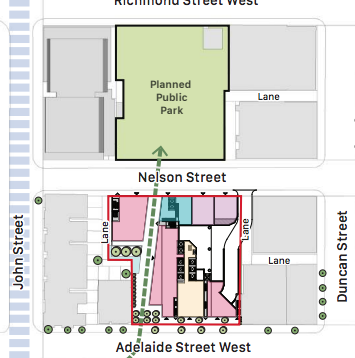 Although details on the park’s design have not yet been released, CentreCourt will pay for the park’s construction in exchange for zoning exemptions to build the tower.

Although Torontonians’ hopes of a massive Rail Deck Park were quashed last year, the Richmond Street park somewhat compensates for it as it’s set to be the largest new park in the King-Spadina area in 20 years, according to City Councillor Joe Cressy.

Last year this was a private parking lot.

Now: recently acquired by the city and temporarily an outdoor patio.

The future: the largest new park in King-Spadina in 20 years. pic.twitter.com/uFjCB1u5Tc

According to a 2021 City staff report, the Adelaide fire station will be relocated in 2024, but no timeline for construction has yet been given.

The development plans filed for the tower will need to gain approval from Toronto City Council before the developer can go ahead.