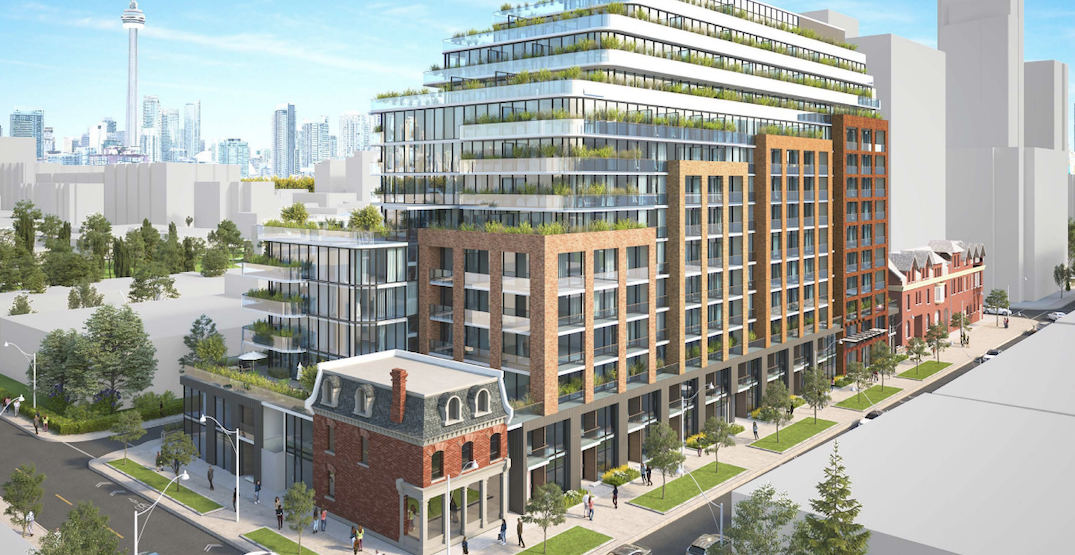 Popular Toronto bar Pennies may soon be no more as developers look to build a 14-storey mixed-use development on the property.

The new development, located on the southeast corner of Strachan Avenue and Adelaide Street, will house 314 residential units, ranging from studios to three bedrooms. Renderings reveal that the building would be wrapped in large balconies and terraces with plenty of greenery shown. Inside, there would be almost 9,000 sq ft of amenities for residents to use, including two multi-purpose rooms. 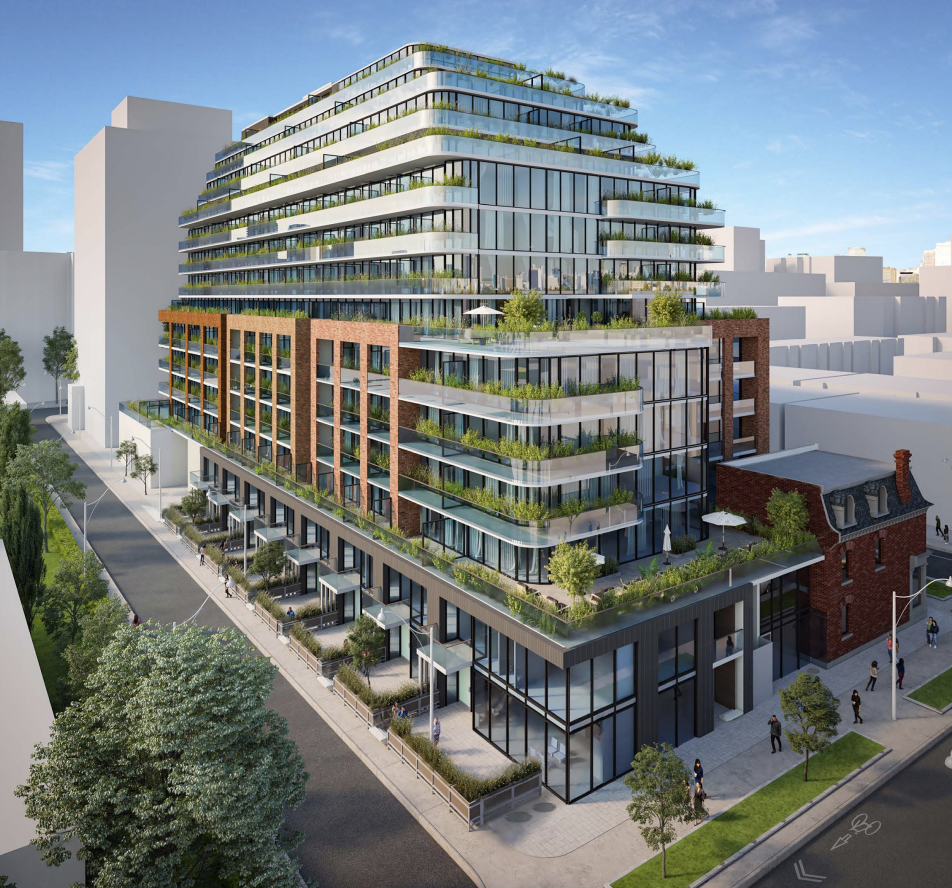 Pennies, located at 127 Strachan Avenue, sits inside a 144-year-old, three-storey building that does not currently have a historical designation. The developers, however, are planning to keep the structure in their new development with some noticeable changes. The iconic yellow paint on the building’s facade will be removed, and it will be “restored to match archival documentation.” All three levels of the building will be used for commercial retail space, but the development plans do not specify whether Pennies would return to the ground floor.

Pennies did not return a request for comment by the time of publication.

There are two other two-storey buildings on the development lot that currently house auto garages, and an Enterprise car rental would need to be demolished. 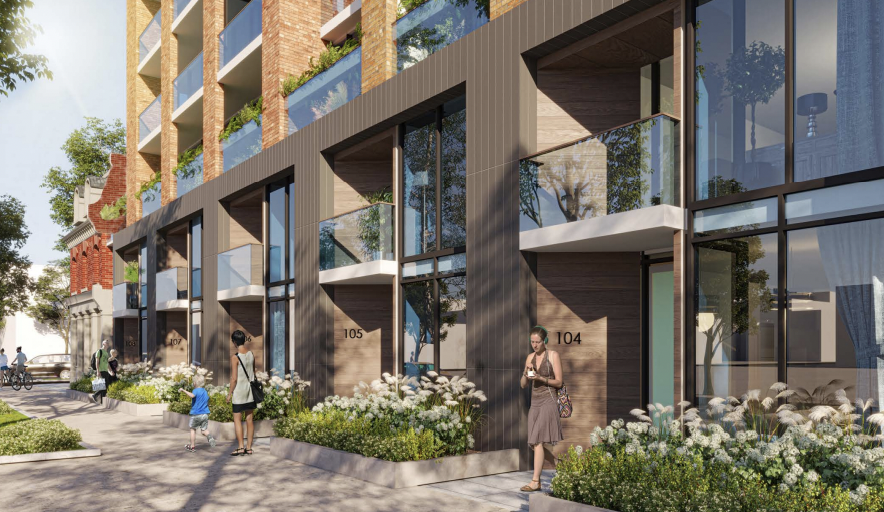 In February of last year, the Pennies building’s owners applied to demolish the property and listed it for sale as a development opportunity. After the demolition plans sparked outrage among the community, a petition circulated and garnered nearly 5,000 signatures. Letters written by representatives from the Architectural Conservancy of Ontario and the Toronto & East York Community Preservation Panel were also filed with the City, asking that the demolition application be denied.

During the subsequent Toronto and East York Community Council meeting, it was announced that the application had been withdrawn. 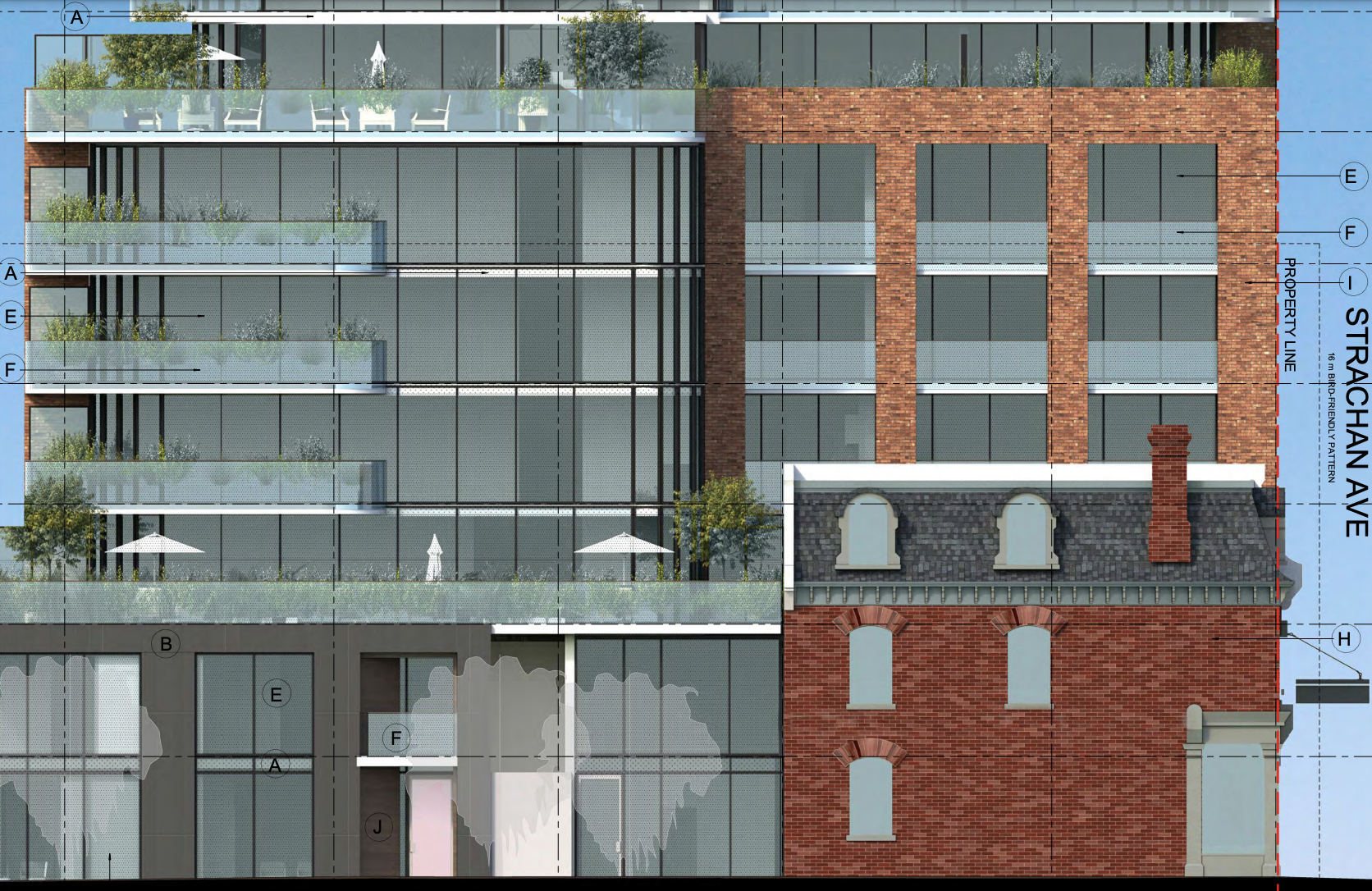 The new development plans, filed in late December, will need to make their way through City Council and gain approval before any construction can start.