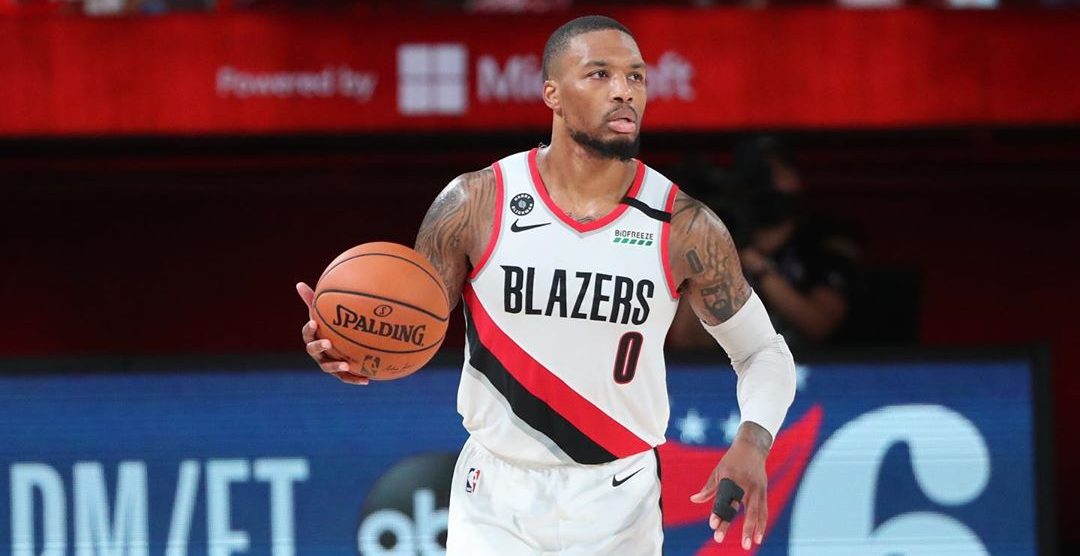 After taking a surprising lead against the league’s most prolific super team, the Portland Trail Blazers have lost three games straight to Lebron James and the Lakers, the most recent loss seeing unofficial mayor of Rip City, Damian Lillard, leave the court with an apparent knee injury.

Minutes ago, the Trail Blazers posted an update.

“The results of a second MRI confirm Damian Lillard with a right knee sprain,” reads the social media post by the team. “Lillard is listed as out for Game 5.”

Lillard — who just released a mixtape from the NBA Bubble in Orlando — left the game shortly after half-time in Game 4 against Los Angeles and did not return.

The Trail Blazers’ faithful fanbase vibrated with excitement after Game 1, in which Portland looked dominant against the Lakers. The following three games have been heartbreaking beatdowns by James, Davis, and the collection of stars dressed in LA gold and purple.

Heading into Game 5, set to take place on Wednesday, August 26, the Trail Blazers are on the brink of elimination from the 2020 NBA Playoffs. Without their All-Star leader, it will fall on the supporting cast of Melo, CJ, and Nurk to pull out a win and keep Rip City’s playoff run alive.