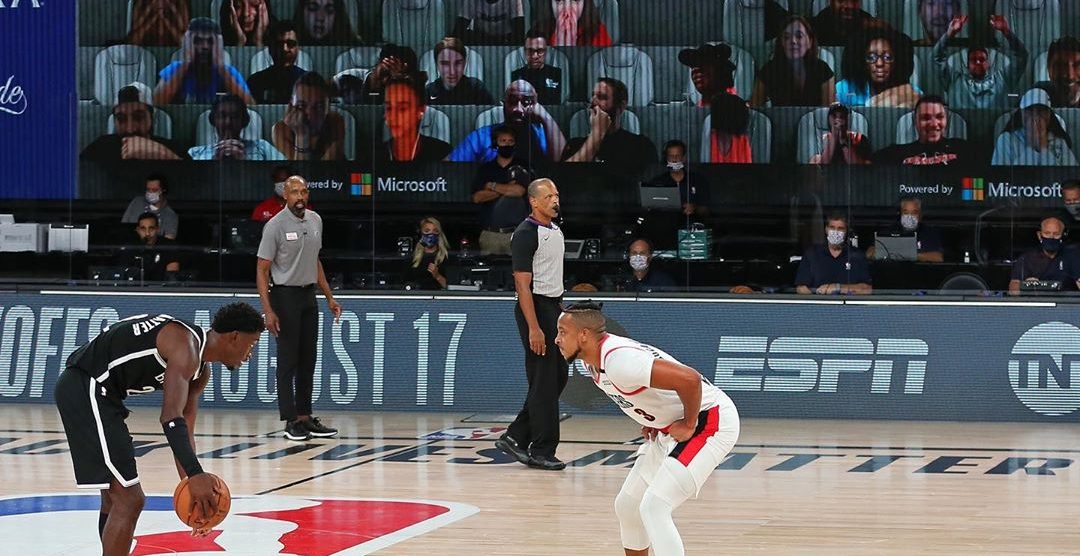 With playoff hopes in their hands, the Portland Trail Blazers pulled off a fourth-quarter comeback to secure the eighth seed in the NBA Western Conference.

Of the two scenarios in which Portland could extend their play in Orlando, the toughest one presented itself on Thursday night. With wins by the Suns and the Grizzlies, the ninth seed was stripped from the cards, making the Trail Blazers game against the Brooklyn Nets a true do-or-die scenario.

The first half of the game was relatively dominated by Rip City. Shooters looked sharp, and the bigs we’re posting up strong. However, a weaker defensive effort than anyone would have liked, and a history of back third-quarters in the bubble, saw Portland’s slight lead dissolve in quick fashion.

Fans were on the edge of their seats (at home) as the Trail Blazers entered the fourth quarter down by nearly 10.

It was a roller-coaster of emotions and everyone was at peak stress.

Thankfully, Dame “LOGO” Lillard was hitting three-point shots from near center court, Melo stayed just as his name dictates, and CJ shot like his playoff life depended on it — which it did.

all of us rn pic.twitter.com/D81qXwzoYR

By a one-point margin, the Trail Blazers were able to hold on to the lead and set themselves up for a play-in head-to-head. But not before putting their fans through one of the most intense fourth quarters in recent Portland history.

Girl I felt that from the floor! I don’t know how Dame was even standing! I lost my shorts throwing the streamers up for the win, tripped, fell, laughed…. Still down here 🤣🤣🤣 pic.twitter.com/34C8KFbmZr

Some fans were ready to throw in the towel early. Tsk tsk.

Well get em next year right… #trailblazers 😭 unless…. please … ffs i cant handle this #ripcity pic.twitter.com/AoHPUrpeHM

Unfortunately, it looks like we’re going to need Dame to be Dame tonight #RipCity pic.twitter.com/kJhnmDqNf8

Even members of the Nets exclaimed what it’s like to try and guard Damian Lillard when he decides to throw Portland on his back and steal games, all caught on court-side microphones.

sound on for what it’s like to guard Dame pic.twitter.com/MC0oYUuZ2H

With the win, the Suns (who posted a monstrous 8-0 record in the bubble) were eliminated, but the future for that young franchise is bright. So were the memes.

If You a #Suns Fan , YOU CRYING RIGHT NOW 😀😁😂 LOL pic.twitter.com/fbWRcqCyVJ

“It feels great, honestly. That was a little too close for comfort,” said CJ McCollum, one of the sharpest shooting Blazers in the bubble, during his post-game interview.

Up next for the Blazers in the eighth seed is a two-game tie-breaker series against the Memphis Grizzlies. Being that they stand one spot above the Grizz, Portland must win a single game to qualify for the NBA Playoffs, while Memphis must win both games.

The play-in series between the Trail Blazers and Grizzlies are set to take place on Saturday, August 15, and Sunday, August 16.

The winner of the play-in series will face the Los Angeles Lakers in Round One of the NBA Playoffs.