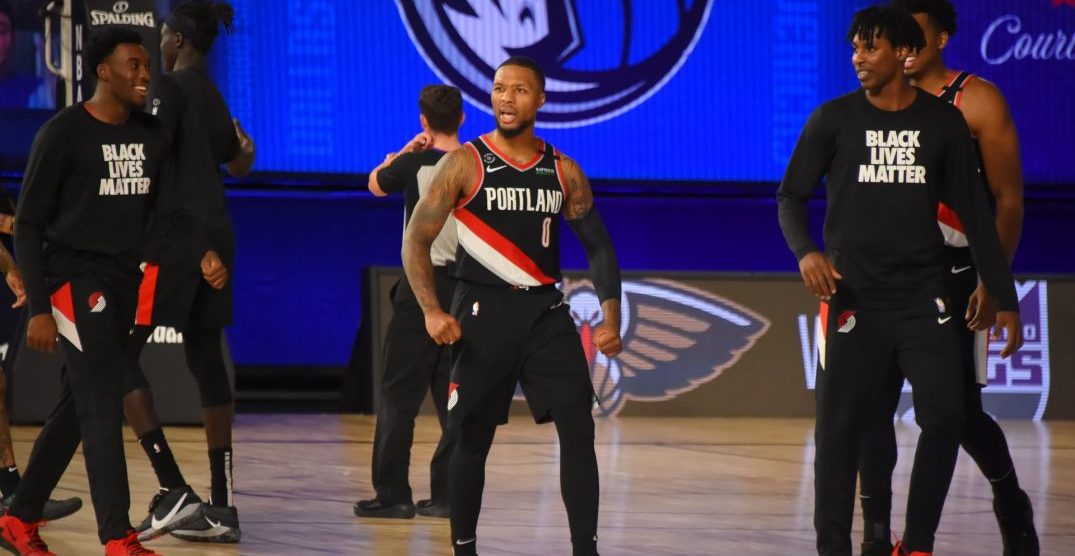 There is something special about Damian Lillard — the uncontested King of Portland sports — and the Trail Blazers basketball team.

Currently, the Rip City mayor and company are in Orlando, fighting for their NBA Playoff lives in the Disney Bubble. With an astounding win against the Dallas Mavericks last night, the Portland Trail Blazers move up to the eighth seed in the west, snatching up a playoff spot for the time being.

A spot in the big tournament is not yet cemented — the Suns and the Grizzlies are still in contention and may shuffle around the standings — however, the fiery passion and mystical powers on display have kicked up the dust, and people are paying attention to Portland.

At the start of the week, Lillard became one of only 10 players in NBA history with double-digit 50-plus-point games in their career. To which he followed it up by scoring 61 points in Tuesday’s tilt against Dallas. This marker puts him next to Wilt Chamberlain as one of only two players to have three or more 60-plus-point games in a single season.

His menacing 61-point display against the Mavericks included what can only be called a divine drop, in this deep three-point shot that bounced directly skyward and happened to fall straight through the hoop.

The Blazers bench, the analyst team, and fans all over the world went crazy.

@Dame_Lillard the Ball Bounced into the Heavens, and came back with all the Blessings. #RipCity

Dame Lillard is on a different level. The rest of the playoff teams need to be on notice … what time is it ⌚️#DameTime #RipCity #NBABubble pic.twitter.com/9fINdck21n

YOU KNOW WHAT TIME IT IS ⌚️ #RipCity pic.twitter.com/pjk1wDV7CK

The shot heard around Multnomah County became the perfect symbolism for this Trail Blazers push for the post-season. “I think that was my cousin. Rest in peace, Chef B. I think that was him dropping that one in for me,” said Damian Lillard in his post-game interview.

In eight seeding games, the Blazers have pushed to five wins, and just two losses. They have one final game to play before the standings in the bubble are locked in. On Thursday, Portland will face a Brooklyn team that has an identical bubble record as the Blazers.