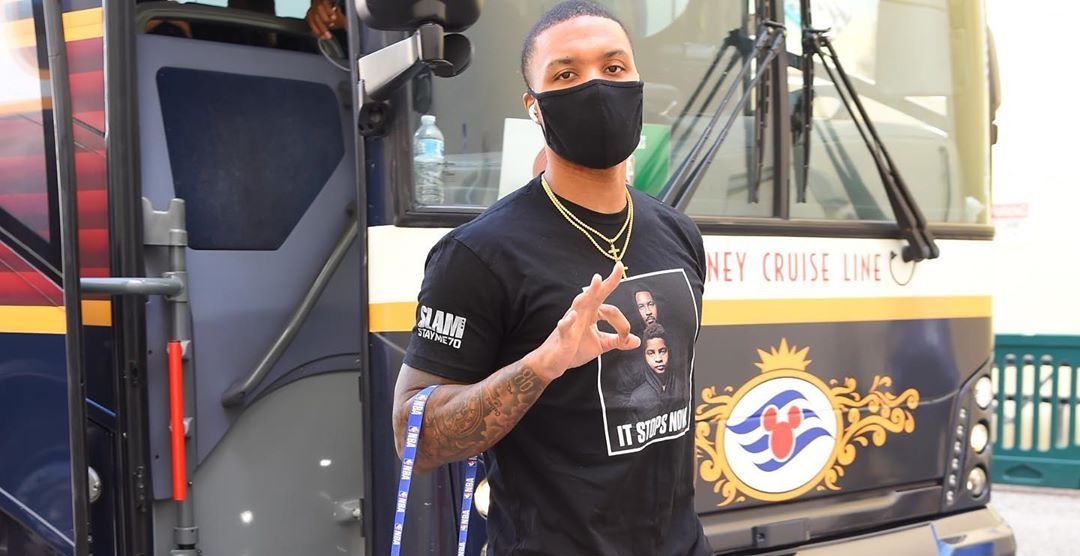 The Mayor of Rip City, Damian Lillard, has been raw and elite throughout the NBA return-to-play in their Florida bubble. Mega performances and inspiring leadership have proven why Dame is the face of the franchise.

On Saturday, the Trail Blazers officially punched their ticket to the post-season with a single-game win over the Memphis Grizzlies.

The following day, Lillard responded to the success with a hype four-track mixtape recorded during the team’s isolated stay inside the NBA bubble.

Dubbed Live From The Bubble, the mixtape features some slick lines and the headlining track titled after the collection, that has guests like Portland Trail Blazers’ Gary Trent Jr. and Nassir Little.

“It’s the bubble life. We isolate with lots of lonely nights,” raps Nassir on the titular track. “We use our platform to put up a fight, for all the things that we know is right, ’cause off this court there’s so much more to life.”

Check it out below!

DamianLillard0 · Live From The Bubble Mixtape