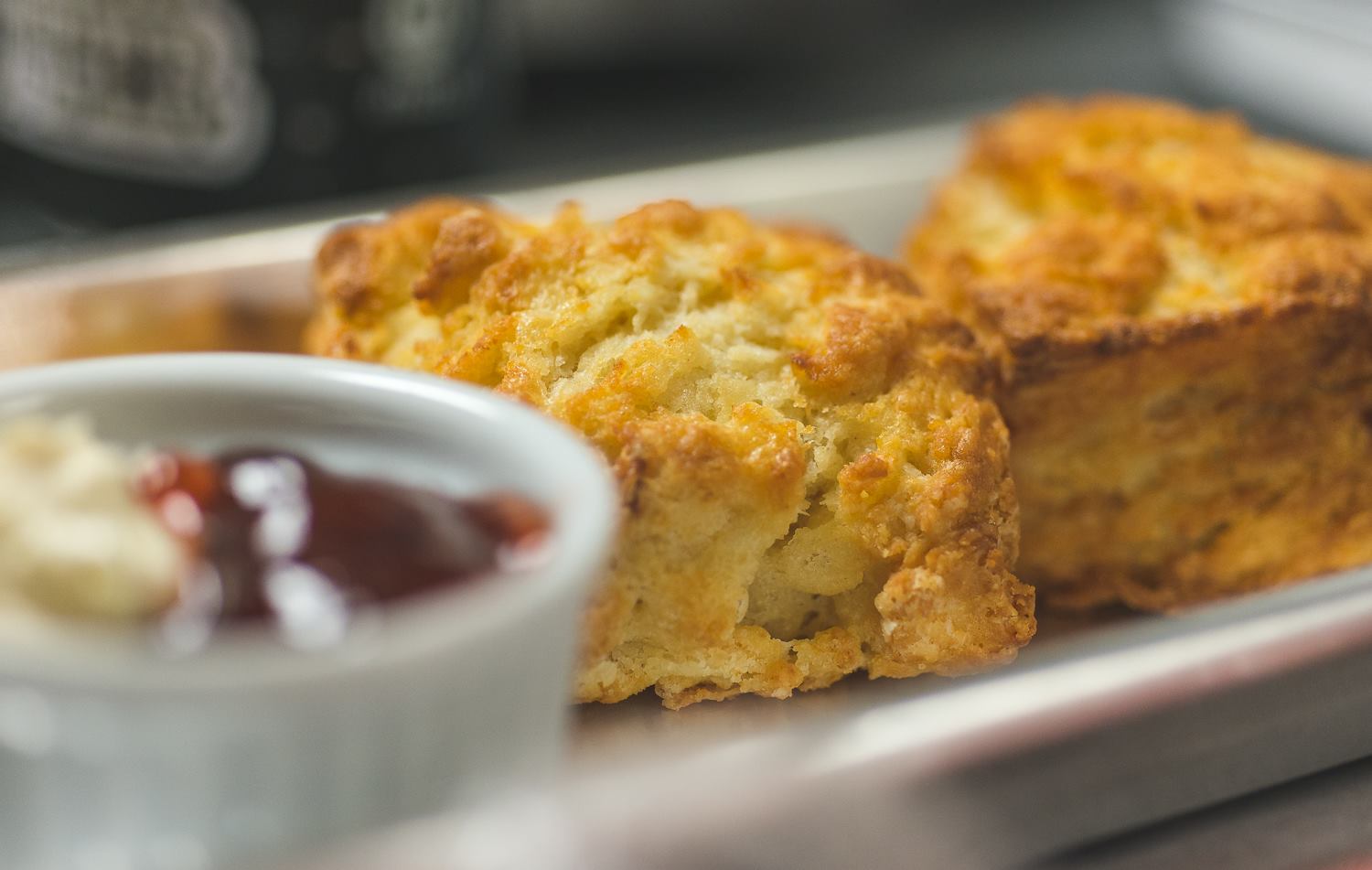 The Pacific Northwest region may have a ton of self-made delicacies that reach far and wide across the globe, but sometimes Portland is more notable for its ability to provide fantastic versions of other regional favorites, such as New Orleans beignets.

One of Portland’s biggest and best eats is the Southern-style biscuit, with or without gravy.

Here are our picks for the 5 best places to get Biscuits in Portland.

Inarguably the most popular place to find someone (or yourself) feasting on some delicious biscuits, Pine State Biscuits brings Southern comfort and far more to the streets of Rip City. With five locations, this is the name on the tip of all the local tongues.

Irving St. Kitchen is well-known among Portlandians for many reasons. Home to some of the best burgers, barbeque, and cocktails in Portland, Irving St. also offers Southern-style buttermilk biscuits that rival those of any shop in town. It’s a must.

There comes a time in everyone’s life in which you eat something so good that you just want to tilt your plate to your mouth and scoop it all right into your gob. Well, TILT is a place that can and will give you many reasons to do such a thing. One of their best menu items is their biscuits.

What started as one of Portland’s most desirable pop-up weekend brunch spots, HunnyMilk has officially branched out to their own brick and mortar location on West Burnside, bringing their mouth-watering biscuits to the masses every day of the week. Their pop-up inside La Buca restaurant on 28th Avenue is still going strong.

Renowned Portland Chef Vitaly Paley has always taken things up a few notches, and his comfort food joint Imperial doesn’t stray away from his tried-and-true formula. The menu is vast, but Imperial serves up some of the greatest biscuits in the county.