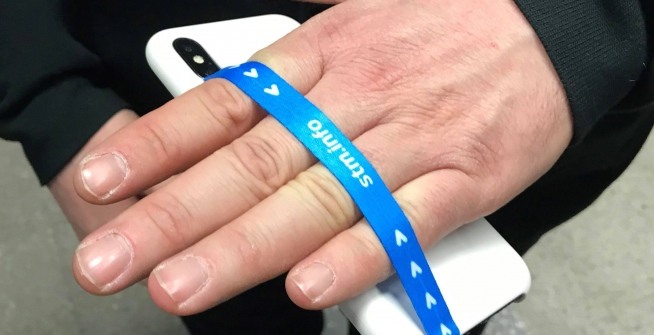 The STM (The Société de transport de Montréal) is getting into the spirit of giving this holiday season by dishing out free mobile phone straps.

A total of 5,000 straps will be given out so make sure you’re at the appropriate stations if you’re looking for a new way to keep your phone from tumbling out of your hands.

On Tuesday, the straps will be handed out at Berri-UQÀM and Bonaventure at 6:30 am and at Lionel-Groulx and Jean-Talon at 3 pm.

On Wednesday, the McGill and Université-de-Montréal will be giving out the phone loops at 6:30 am and at Place-des-Arts and Rosemont at 3 pm.

According to the transit network, the straps are easy to put on and allow users to hold on to their phone without risk of accidentally dropping them.

The initiative is part of the STM’s campaign, launched this fall, aimed at reducing service disruptions caused by customers dropping their phones onto the tracks.

Be sure to swing by the participating metro stations so you can literally stay in the loop.