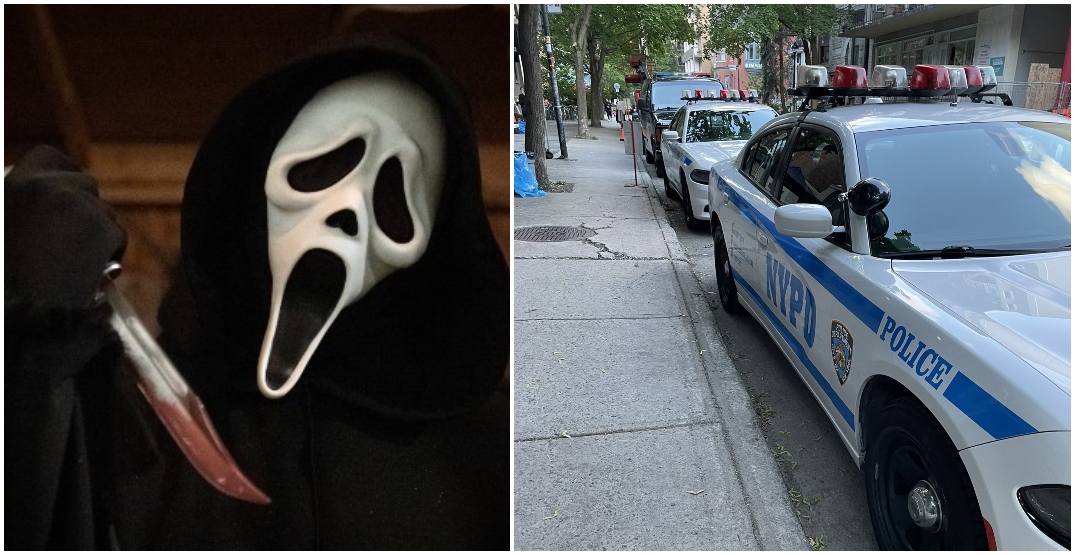 Locals have been sharing photos of the Scream 6 set that has been closing off certain parts of the city since the picture began filming in June.

Photos of NYPD police cars and FDNY vehicles indicate that the latest addition to the franchise will be set in New York City, a place Montreal has masqueraded for on film many times.

Took these photos this week when they were getting ready to shoot #Scream6 . Ny /or college city vibes. pic.twitter.com/oVI4mgFNsy

The latest installment — which made more than $139 million at the worldwide box office — brought back original cast members Neve Campbell, Courteney Cox, and David Arquette to the quiet town of Woodsboro, California where a new killer donned the Ghostface mask.

According to Production Weekly, Scream 6 will be the first in the series not shot in the US.

And, although some of the franchise’s original actors are also set to star in Scream 6, Campbell will reportedly not be part of the upcoming sequel.

This street/courtyard is the official location that will kick off SCREAM 6 filming. It’s safe to say the movie will take place in New York City. pic.twitter.com/X3kwsP5kEu

New photos of the Scream 6 set!! Looks like it will take place in NY!! 🚑 pic.twitter.com/fV6aXaEU0e

Filming today took place at this townhouse building. The townhouse on the left, behind the tree is the specific section chosen for filming. The whole front of that townhouse has been covered with tarp and black coverings to conceal all activity inside. pic.twitter.com/DvjhssVMA9

According to ACTRA, filming will conclude in Montreal in early August.

While the movie’s official title has not yet been announced, it is slated for a March 2023 release.